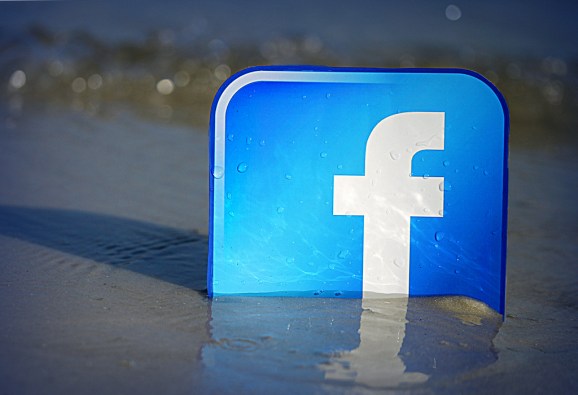 The process is identical to embedding YouTube videos on your blog. 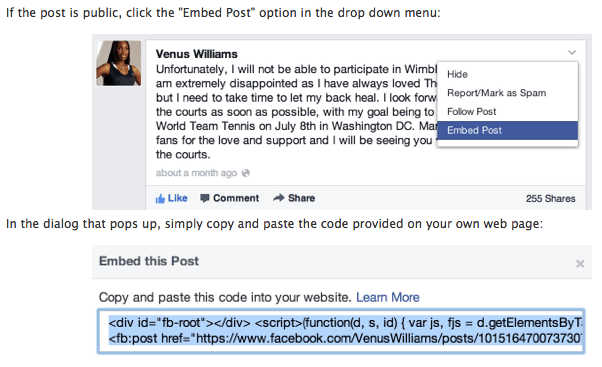 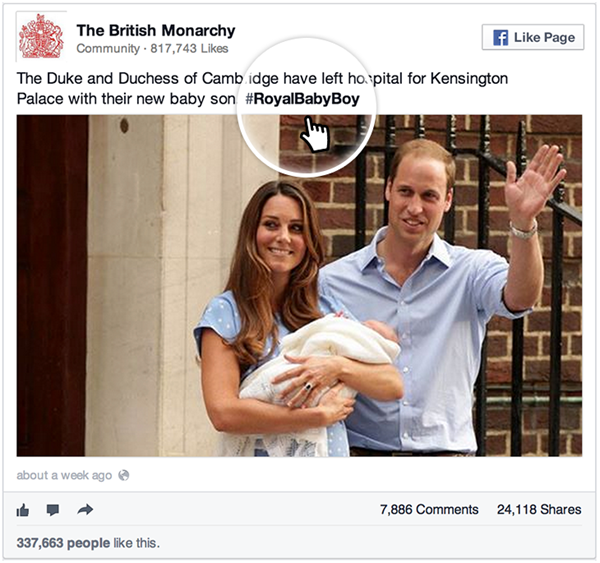 Facebook is rolling out the feature slowly, starting with CNN, Huffington Post, Bleacher Report, People, and Mashable, and broadening the launch to other sites “soon.”

You used to hear complaints from open web advocates that Facebook was a “walled garden.” The reality now is that this garden is growing, shooting tendrils all over the web in ways even more obvious than its almost-ubiquitous Like buttons. 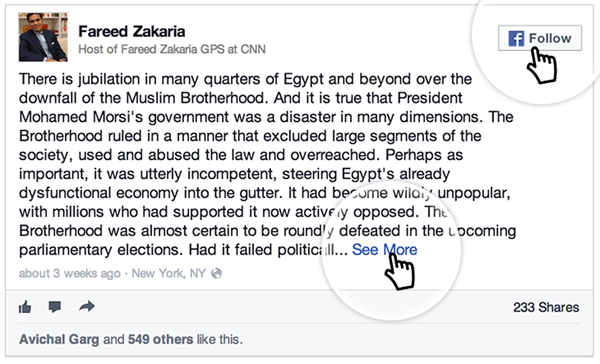 One question is which posts, exactly, can be shared. For instance, the social network says that “only posts set to public can be embedded on other web sites” in its official announcement in the Facebook newsroom, but there’s a slightly different description in a Help Center update: “most Public posts can be embedded onto a website.”

Facebook has probably attempted to mitigate any backlash by restricting the number of sites that can embed posts, at least initially. Most users won’t notice the change, and when Facebook does open it up to more sites, it will be simply an extension of an existing program, not a new initiative.

Facebook has a history of opening up big cans of privacy worms that cause massive user backlash; but that anger inevitably subsides after a few weeks.

As always, check your sharing settings on Facebook to enable or disable public posting.