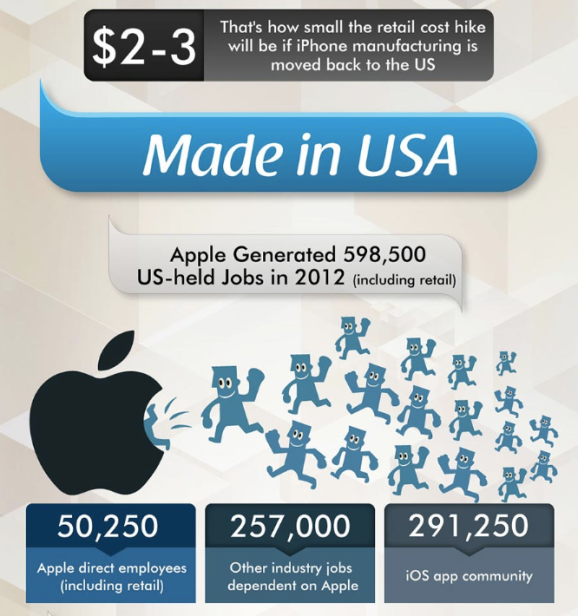 Made in the USA? Only slightly.

A lot goes into making an iPhone: Gorilla Glass, an A6 chip, circuit boards, the accelerometer, various other components, transistors, wires, and connectors. And then there’s the software on top of that.

As we know, Apple relies on manufacturers in China, such as Foxconn and Pegatron, to assemble its iPhones. That’s not just for cost savings: Apple needs the speed that Chinese manufacturing affords to be able to make quick changes to its production lines in order to ramp up the next-generation iPhone, and it needs their reliability and volume to deliver 31.2 million iPhones per quarter.

But assembly is just the last chapter in the story. Before those factory workers can assemble all those components into an iPhone, someone has to make those components. As it turns out, those parts come from all over the world — including China’s Inner Mongolia, where most of the rare earth elements needed to make the screen, the glass, and the speakers come from.

The folks at FinancesOnline.com and Ruby Media put together this impressively tall infographic showing where the iPhone’s many components come from, based on sources such as the New York Times, ChosunIlbo.com, Cnet, and the Alliance of American Manufacturing.

Apple typically doesn’t disclose a lot of these details, so some of the information here is guesswork. But this is the most extensive look at the complexity of the iPhone’s supply chain I’ve seen yet. It’s a great snapshot of the interconnected, global electronics manufacturing industry.