Social casino gaming companies are finding ways around online gambling laws to offer their players a shot at real money.

The GameHouse division of RealNetworks is launching a new twist for its social casino game: Players of GameHouse Casino Plus will now have a chance to win a $100,000 cash prize in a sweepstakes. 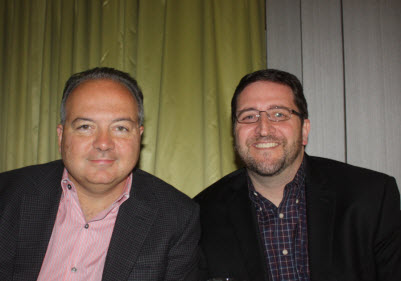 Above: Rob Glaser and Ken Murphy of RealNetworks/GameHouse

Rob Glaser, the cofounder and acting chief executive at Seattle-based RealNetworks, said in an interview with GamesBeat that the move will bring the greater engagement for some of the players who will now get more excited about playing a game where they can win a “golden ticket,” or a chance to win a $100,000 monthly sweepstakes drawing. The benefit, he said, is not unlike the attractions of real-money online gambling, but it doesn’t require the company to deal with the considerable challenges of setting up such a business.

He is announcing the sweepstakes today at the Casual Connect conference in San Francisco. The company already has a live sweepstakes game running as part of GameHouse Casino Plus in the state of Illinois. Starting on Aug. 1, the company will launch the sweepstakes in 30 more states plus the District of Colombia. Glaser said that after scrutinizing the laws of all 50 states, the company determined that it can legally operate its sweepstakes in the selected states.

“We view this as bringing innovation to the social casino game space,” Glaser said.

“We think this is going to be much more powerful,” said Ken Murphy, the vice president and general manager of GameHouse.

While it may sound like a small move, Glaser said it took a lot of research. GameHouse has to securely identify each player who wants to play the sweepstakes and verify that they live in a place where it is legal and that they are old enough to play. (Only adults are eligible to win). 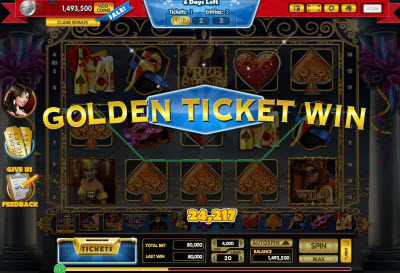 Other businesses such as Kizzang have begun offering social games with sweepstakes contests. But Glaser said that it pays to be a bigger company in this business because of the size of the financial rewards for the players.

Players who live outside of the territories where the sweepstakes are legal will still be able to enter monthly virtual coins sweepstakes. The sweepstakes will start on Facebook and move to mobile later. The first sweepstakes will run from Aug. 1 to Aug. 31, and the final winner will be announced in September. GameHouse has more than 50 million players.