Two sisters, 11 and 13, have built a Mars rover in a workshop in their family’s garage.

Camille and Genevieve Beatty have also been invited to the New York Hall of Science to show off their rover as part of a special exhibit on astronomy. The rover will roam around a mini-Martian landscape and analyze rocks with hidden heat lamps embedded inside.

Here’s a gallery and demo clip: 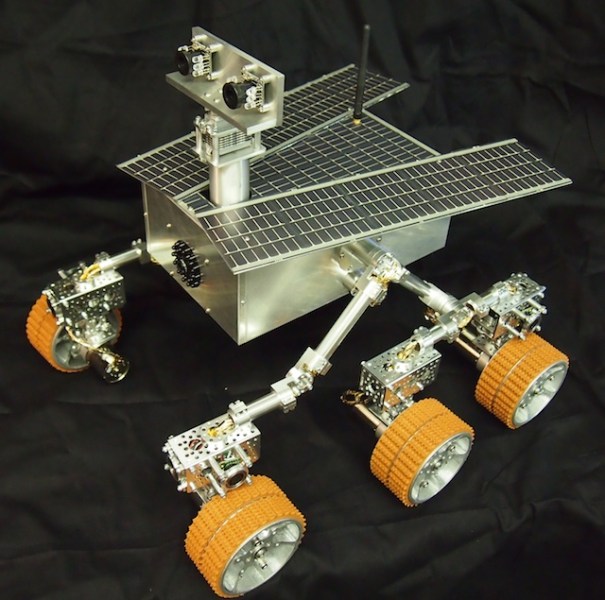 The girls also worked with their dad to build software to control the rover.

Its innards contain more than 700 components, including electrical and mechanical apparati.

The 13-year-old Camille revealed in a recent interview how the project got its start:

When I was 11, I started taking apart calculators, clocks, and TV remote controls to see what was inside. My dad asked me if I wanted to build something myself. We started out creating simple circuits on a breadboard to light up LEDs. Then my dad asked, “What do you want to build next?” and I said, “A robot!” We started out really basic at first and learned as much as we could. I’m 13 now and I’m in 7th grade. We’ve built all sorts of rolling, crawling, flying, beeping, blinking robots.

Check out the Beatty family blog for a step-by-step look at how the project took shape.