Serial entrepreneur Farbood Nivi believes that startups need to move fast, or they will not stand a chance against the competition.

This week, he put his money behind that claim.

Nivi sold assets of his venture-funded test-preparation startup Grockit to ed-tech giant Kaplan. He’s taking all that capital from the acquisition (the final sum has not been disclosed) and is moving on a bold, new idea.

The idea, dubbed Learnist, is a web and mobile platform for social learning. Nivi likes to describe it as “Wikipedia on steroids meets Facebook,” a term he borrowed from one of its first users.

It’s certainly a departure from Grockit, which raised $25 million in its seven-year run. Founded in 2006, Grockit made its name in ed-tech circles through offering a variety of test prep services from the AP to GRE exams.

From test prep to social learning

Most startup insiders would refer to the move as a “pivot” — others might view it as a natural business evolution. 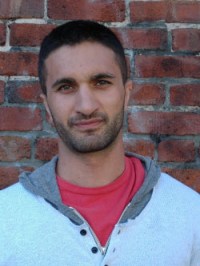 Nivi agrees that the company has undergone a major product and market shift. However, the entire Grockit development team is still in tact. They all stayed to help Nivi develop Learnist.

The first public sign of this shift occurred in May 2012 when Grockit unveiled the idea for Learnist that was described by the media as the “Pinterest for education.” In December, it raised $20 million from Discovery Communication and many of the original investors behind Grockit.

Nivi told me he formed the idea for Learnist when pondering how online education — and the Internet — has transformed in the past few years.

“We couldn’t have started a site like Learnist when we started Grockit,” said Nivi. “Today, almost everything you want to learn is probably free, taught by an expert, and in HD video. You couldn’t say that even two years ago, and certainly not four or five years ago.”

Over the past year, Nivi and team have been testing the merits of the idea, and they’ve been quietly building a suite of web and mobile apps for Learnist. They only let Grockit go once they were convinced that Learnist would work.

More importantly, Nivi’s investors were on board from the start, even encouraging him to reallocate the developers and product managers.

“We built this little prototype, and I set up a call to show it to our board and tell them what we were thinking,” Nivi recalled. “They saw Learnist as the bigger opportunity.”

During that time, the company made some revenue from Grockit — but not much. This precipitated the sale, as the company was able to funnel some immediate cash into Learnist so they could avoid raising venture financing.

Nivi’s tips on pivoting with grace

Entrepreneurs and investors often claim to celebrate failure. But most aren’t willing to open up to the media about the reasons they sold off or shuttered one company in favor or another.

Nivi is refreshingly honest, and it offers some words of wisdom to other tech entrepreneurs:

Has your company experienced a “pivot”? Any tips to share? Let us know in the comment section below.