GamesBeat: It does seem a lot longer than the Uncharted games in that respect. Did you have some other things you wanted to do very differently from Uncharted?

Druckmann: We knew early on that we didn’t want to do as much traversal, that Joel would be much more grounded and less nimble than Drake. We moved out all of those mechanics. We wanted more tension, so we brought the camera in closer. The melee is slower and more brutal. Also, the AI has very different requirements. We wanted guys to communicate with each other, to be able to flank, to see when you dropped someone else and back away into cover. We scrapped almost all the AI from Uncharted and started from scratch.

Likewise, we wanted Ellie to be with you, when you’re stealthing and when you’re fighting guys. If you’re cornered, sometimes she’ll jump on their back and stab them. Sometimes she’ll pick up a brick and throw it. These are all dynamic systems. It felt like this game needed more of that systemic, sandbox approach than what we’d done in the past.

Straley: We also had the idea of set pieces in Uncharted. Set pieces can be collapsing buildings or moving trains through the Himalayas and so on. We wanted to take the same idea and narrow the focus down to the personal. We wanted to make it feel that there was something at stake when a set piece happened, and try to get more intimate with the set pieces.

So, for example, when Joel gets skewered by that piece of rebar he lands on in the university, you’re playing as Joel while he’s injured. As you play through that sequence, you see more and more of his abilities falling to the wayside, as he’s losing consciousness and basically dying. Everything about that setup is our equivalent to jumping out of a cargo plane in Uncharted. It’s just that the scope has to be appropriate to the tone and the world and the intimacy we wanted to create with the characters. 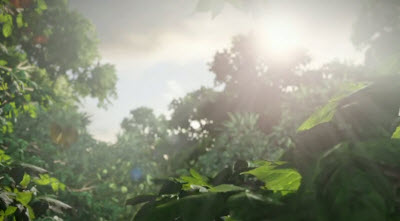 GamesBeat: I was curious about why the clickers behaved like chickens.

Straley: [Laughs] Okay. I don’t know if that was exactly what we were going for.

GamesBeat: I just mean that they would move very erratically, like a chicken almost. [Laughter] It made them very hard to shoot. It’s hard to get a bead on them.

Druckmann: That was a conscious thing. Unlike most games, we didn’t want you to just go in there and blast people in the face. If you’re going to engage in combat, you have to be very conscious of how you’re going to do it. Look at your ammo, line up your shots. Once they freak out and come after you, we wanted that tension. We wanted you to run away. That became a hard thing to train into people. It’s okay to run away and reset stealth.

Straley: It’s like the anti-video game play mechanic. Running away is not something you do in video games. But in this world, we felt like if you were in a fight, it would be a valid strategy. We were trying to get players so invested in the world and the concept of death so early on that it’s okay. You’re going to fail and fail and fail until you get it. Running away resets the behaviors the AI and separates them as they go searching for you. That gives you a leg up. That’s not an easy concept for players to grasp.

Druckmann: That’s when the game gets the most fun, I would say – when you’re engaging in stealth and you screw up and you fire some shots erratically. Then you run away and hide and re-engage in stealth. It has this very fluid movement from state to state that we’d never experienced in a game before. 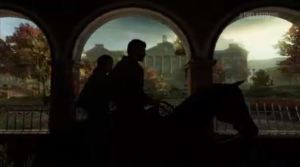 GamesBeat: You’ve seen the way a lot of people play the game. What have you learned about the kind of choices people make, and which way they lean when they have the option of choosing to play one way or another?

Straley: A lot of the focus-testing we do at the end of the development cycle is for difficulty settings, pacing, and trying to find those areas where people get lost. You would see one person play through and get done with the game in 11 or 12 hours. Somebody else would be on day five, coming in at 20 or 22 hours. It’s because we allow those choices. Somebody can go more aggressive, if they’re a better shot. They craft everything to be an explosive. They know how to use the distractions to lure the enemy into their explosives and kill lots of them at once.

Then you have this other crew that says, “I want to try not to touch anybody and see if I can get out of here without causing any harm.” You can get through a lot of scenarios in the game without ever engaging the enemies. You have to still distract them. Sometimes there’s what looks like a hard gate, but if you can just distract the enemy far enough away from it, you can get out without killing. That’s intriguing.

In the end the game did what we wanted it to do, which is afford a lot of choices for the player. It’s nice to see that resonating, because it tells us that these systems and combinations of systems work. That’s all we could ask for. However you think you need to survive, that’s what we’re trying to provide. Sometimes the game is going to come back and slap you, but at least you can try and poke around and see what you can do.

GamesBeat: I thought the one weapon that seemed out of place in the game was the all-powerful flamethrower. I was like, “Wow. I feel invincible now.” It was sort of a shocking feeling to have in that game.

Druckmann: That was something that went in late. It felt right in regards to improvisational weapons in the world, having someone craft a weapon like that and Joel finding it. That felt okay. When we were trying to tune it against the enemies, for the longest time it was underpowered against the enemies, through several playtests. We were running out of time, so at that point we just said, “All right, let’s make it powerful.” That’s what we ended up with.

It’s funny, because there was a mixed reaction. When you get that weapon, you’ve been struggling for a long time, and all of a sudden you have this flamethrower. There’s a sense of relief for a lot players. “Finally, I’ve got something I can use.” But we’ve heard different kinds of feedback about the flamethrower.