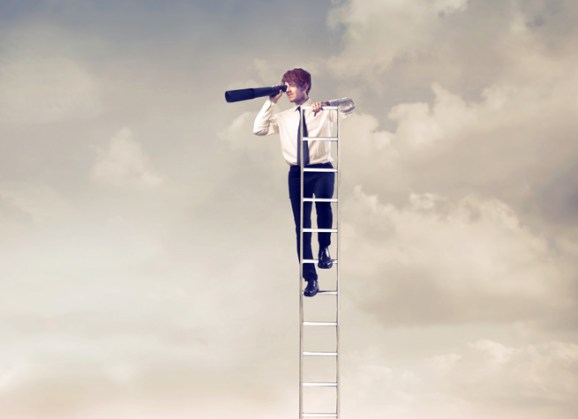 Brian Gentile is the CEO of Jaspersoft.

Back in 1995, Gartner aptly coined the phrase “hype cycle” to describe the process by which a new technology matures from the earliest of adoption phases all the way through its acceptance as a mainstream technology.

According to Gartner, the hype cycle is initially triggered when a technology is first introduced to a broad audience. Then, the ensuing adoption path treks through a peak of inflated expectations, a trough of disillusionment, a slope of enlightenment, and finally, a plateau of productivity.

This hype cycle is especially applicable to large-scale technological shifts that affect an extremely broad set of users.

In the early to mid-1990s, for instance, the hype cycle began about the Internet and its potential to provide an interconnected platform that would drastically streamline global commerce and the way we generally communicated with one another. It wasn’t until the early 2000s that this vision was actually realized by the general public. Now it’s clear that the Internet and its underlying technologies will be among the most transformational ever invented, creating a new high bar for Gartner’s plateau of productivity.

I provide this context because we’re in the midst of a substantial hype cycle: cloud computing. While pioneers like NetSuite and Salesforce have already succeeded in evangelizing the benefits of transactional applications in the cloud, it’s only now that we’re beginning to realize the larger “slope of enlightenment” in which a much broader set of users are truly finding value in cloud computing. Value which, at a high level, derives from reduced complexity, cost, and time to productivity.

Broad acceptance for cloud computing means that the market for cloud tools — especially those which add value to transactional data in the cloud — are reaching the point at which they can be considered broadly and used successfully by a wide variety of organizations.

Now that we are amidst the plateau of productivity in which enterprises are more and more comfortable with and increasingly energetic about adopting cloud-based software, we’re witnessing a fundamental shift in the overall enterprise software stack from on-premises to the cloud. This includes the application, infrastructure, and platform layers.

The PaaS layer will require ongoing definition for the next several years because it involves programmatic (developer-level) capabilities that in turn enable so much other functionality, some of which is currently being debated.

Two examples of this debate: should process/workflow and reporting/analysis tools be standardized PaaS components, callable and usable by other cloud-based applications, or are they applications in and of themselves? Or both?

The rise of the post-transactional cloud

The ERP/CRM/supply chain application boom of the 1980s and 1990s preceded an enormous need in the 1990s and 2000s for additional tools and software systems designed specifically to create even greater value from the data generated by these (exclusively on-premises) transactional applications.

Then, tools for data management, data integration, data warehousing, and business intelligence (reporting and analytics) were born to help deliver this new value. It is this same pattern that will soon repeat in the quickly emerging cloud computing world.

It’s with this history in mind that I emphasize how the ever increasing volume of cloud-originated data will drive a renaissance in cloud usefulness (this time, post-transactional —and so much new value along the way.

As a proxy for the growth in cloud-originated data, we can look squarely at Amazon’s S3 (cloud storage) service, the most popular cloud storage service available today. This April, Amazon announced that it has reached 2 trillion objects stored in this service, up from 1 trillion in June 2012. It took Amazon six years to reach 1 trillion objects and less than one year to reach 2 trillion. This is an amazing, albeit singular, example of the growth in cloud-based data.

My working definition of the post-transactional cloud is “the next-generation of cloud services, which enable platform and middleware tools to use cloud-originated data and deliver a more valuable and sophisticated computing experience.”

This new value will come from, to name a few, data management, business process, and business intelligence tools that use this growing cloud-originated data, putting it to work solving different problems than the original transactional application solved.

This cloud-based, post-transactional renaissance occurs primarily because cloud-originated data is more easily liberated by other cloud services, which can unlock additional value easily and affordably. One such service more surely to create additional value is analytics, which is emphasized recently in a report by Nucleus Research. Nucleus reports those companies that more quickly utilize cloud-based analytics are likely to gain a competitive advantage:

The new cloud on the horizon

Cloud computing has grown substantially in the last 10 years, not only because of applications hosted in the cloud and made available as a service directly to consumers and businesses, but also because the cloud-based infrastructure and platform environments are maturing and quickly gaining usefulness. Now, as the use of these managed services and applications grow, so too will the quotient of cloud-originated data generated by them. In fact, the post-transactional cloud will be fueled by cloud-originated data.

Further, the dramatic rise in cloud-originated data portends a need similar to a past era: this one for post-transactional cloud-based tools and software systems that define many new methods for liberating cloud-based data and creating substantially new organizational value. It’s just a matter of time.

Arguably, the need to deliver cleverly-designed analytic intelligence inside the cloud so that new insight can be found within fast-growing, cloud-originated data will be most important of all.