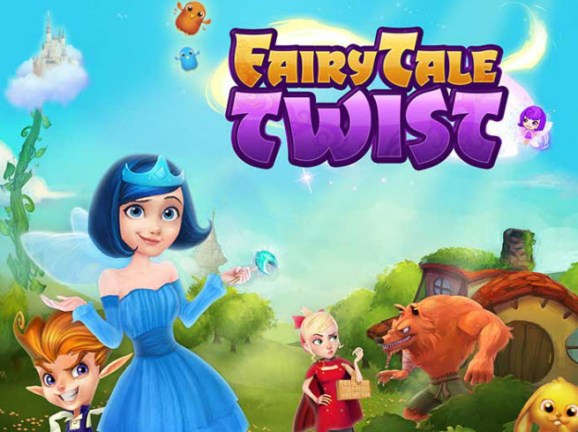 The free-to-play title is one in a series of games that have launched under the management of Don Mattrick, Zynga’s chief executive since early July. It is part of the Zynga’s effort to get its mojo back. This new game takes the player to a world with fairy tale characters. You have to match three items in a row in order to make them disappear from a grid. Yes, that means it’s a Bejeweled clone, though it isn’t an exact copycat.

It certainly seems like it’s aimed at kids, and I can’t imagine it would appeal to adults. Because of child protection laws, Facebook legally can’t target children with its social network, and the same goes for app makers such as Zynga. So while the game looks like it is targeted at kids, Zynga cannot actually say so. So this will be an interesting game to watch. The obvious target market is too young to be on Facebook. On the other hand, maybe teens will like the game, as it is a very casual game.

It all fits in a fairy tale story that unfolds as you move through the series of puzzles. The game launched today in 14 languages. Zynga will add more chapters, levels and game play features over time. The title will also debut on mobile, assuming it is successful and properly tuned on Facebook.

Zynga also launched 1 Word, a game on Kik’s mobile messaging platform. It has cute music and better graphics than you typically see in a two-dimensional match-3 game. When you match colored objects, they shimmer and sparkle and fly away. If you can’t solve the puzzle within a certain number of moves, you fail the level. But you can purchase extra moves via a microtransaction. When you complete a level, you’re encouraged to invite friends. Zynga tries to put in a bunch of twists and turns that make the puzzles more challenging.

In Zynga’s most recent conference call, Mattrick said, “I see the potential in all parts of our business – from regaining share on Facebook to leveraging our intellectual property, our network and our knowledge for mobile. And, because of what the company has already achieved, I believe we have the staying power to successfully navigate our transition and create connected experiences that span multiple devices and multiple operating systems.”