NEWPORT BEACH, Calif. — The offices above Jack’s Surfboards here are an unlikely place for a video game developer, especially one who has been around for decades like Brian Fargo. But the darkened offices above the surf shop are as good a place as any to stage a revolution in games. The place is just a short walk from one of the most beautiful beaches in the world.

“It’s a video game company, and you can design them anywhere,” Fargo said in an interview with GamesBeat. “So we might as well set up in a place where my people want to be. My guys can walk on the beach or go surfing at lunch.” 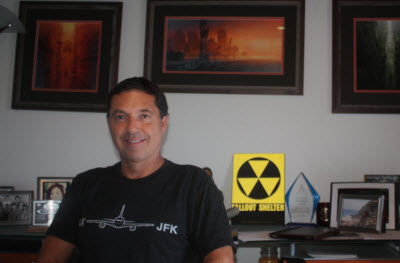 Above: Brian Fargo, the CEO of InXile Entertainment.

InXile Entertainment’s humble headquarters for the past decade belies its ambition to wrest control of gaming away from clueless game publishers and put it back in the hands of game creators. With two successful Kickstarter campaigns — one for Wasteland 2 and another for Torment: Tides of Numenera — and a record $7 million-plus raised in both of them, Fargo finally has the money to give the finger to publishers. But now he has to answer to a much more complex and frightening master: fans. He has effectively presold his next two games to more than 130,000 people, and they’re proving to be quite demanding.

“We’ve had to become quite transparent with everything that we are doing,” Fargo said. 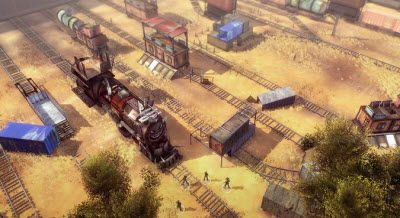 He recently announced that the role-playing game Wasteland 2 will be delayed about six weeks and debut in October, in part because the game has become a lot more ambitious in the wake of its succcessful $2.9 million crowdfunding in April 2012. But he believes the company will make good on its goal of pleasing its backers. Just one look around the spartan office — which is littered with images created by fans — shows that Fargo isn’t spending the money lavishly.

To show how much progress the team has made, Fargo showed me the combat in Wasteland 2, which is set in a postapocalyptic era. In the turn-based game, you command a squad of survivors, known as the Rangers, who scavenge through the wastelands and fight off rivals. The combat is akin to the fighting in the recent Firaxis game XCOM: Enemy Unknown, where you can move your fighters a certain distance and then take actions such as crouching or firing. Once your turn is complete, your enemy takes a turn. The combat continues until only one side’s left standing.

The combat can emerge at any point in the landscape of the game, which takes place across deserts and places in the U.S., like an abandoned Los Angeles. It has a storyline, hundreds of thousands of lines of text-based dialogue, and a quirky soundtrack. There are some very interesting mad men ( you can see them in this 17-minute video) leading the various factions that you have to fight against. The small development team is working away on it, and Fargo is enjoying the process of rolling up his sleeves. The Rangers are constantly in a state of alert, watching out for ambushes. And each encounter sets off a new part of the story.

Fargo has called Orange County, Calif., home for decades, ever since he created Demon’s Forge in 1981 and founded Interplay Productions in 1983. He went through a meteoric rise with Interplay in the first golden age of games, battling companies like Electronic Arts for dominance. In 1994, Universal/MCA bought a 45 percent stake in Interplay, and the company went public in 1998. It grew to more than 600 employees at its peak, and it fostered small developers like Allen Adham and Mike Morhaime, who went on to create a fabulous gaming empire with Blizzard Entertainment. But Interplay hit hard times and sold a stake to a French investor Titus Software, and as the business deteriorated, Fargo resigned from the company. 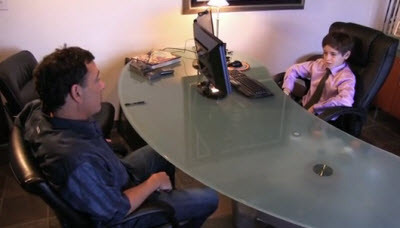 Above: Scene from Wasteland 2 funding video.

Others might have called it quits at that point. But Fargo founded InXile Entertainment in 2002, giving jobs to many former Interplay employees. The name was a reference to his earlier troubles and meant that he was a leader “in exile” from his own company. Fargo’s team made the ill-fated PC/console title, Hunted: The Demon’s Forge, for Bethesda Softworks. Hunted didn’t receive the best reviews, and the future looked pretty dark at that point. Fargo had been shopping around Wasteland 2 to large publishers, but in a declining overall business, they were becoming much more cautious. At that point, midlevel game studios were in a tough spot.

Then along came Kickstarter and the success that developer Tim Schafer of Double Fine had in raising nearly $3 million to make an adventure game that publishers wouldn’t touch. Fargo believed in Wasteland, a game that Interplay created in 1988 before it switched over to making Fallout games. Everywhere he went, fans asked him about whether he would remake it. So he decided to give it a try. On Kickstarter, he released a funny video depicting his conversations with game publishers who were much younger than him.

“Would I f***ing be here if I made Angry Birds?,” Fargo replied.

The campaign raised $900,000 in just two days. And by the end of the 30-day campaign, Fargo had $2.9 million, or enough money to add a bunch of stretch goals to the project to make it even better than he originally envisioned. That gave him enough money to put his small team above Jack’s Surfboards to work. It also gave him and other midsized developers the hope that they can really achieve creative independence at a time when Hollywood-style blockbusters dominate the charts. In fact, even as the blockbuster console games continue to suck in a lot of consumer dollars, the platforms such as mobile, social networks, and online PC are creating new opportunities in parallel for indies. 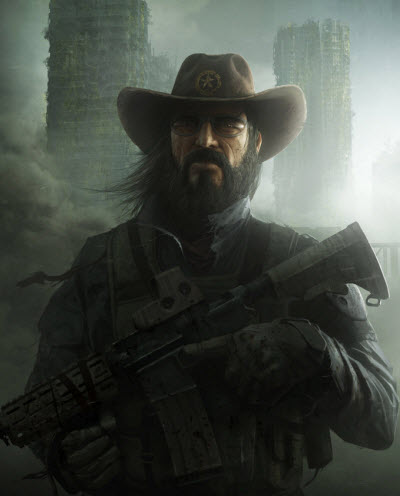 Above: A Wasteland 2 Ranger.

As the team was halfway through Wasteland 2, Fargo realized that he would have a gap in funding. He was creating new versions of his old game, The Bard’s Tale, on a variety of new digital platforms. That helped bring in cash. But it was clear that the company would need to raise money for another game in order to keep its pipeline full.

This time, Fargo orchestrated the campaign with much more care and effort, starting five months before the actual crowdfunding began. The idea was to do a spiritual sequel to Planescape: Torment, developed by Black Isle Studios and published by Interplay Entertainment in 1999. The new title isn’t a sequel per se since that story is complete, so its characters will not return. Rather, the new Torment will be a RPG that delivers the same kind of experience and feeling that Planescape: Torment evoked. That approach was necessary since InXile did not own the original title’s intellectual property.

Fargo said he knew that some campaigns from well-known developers were meeting with failure, like Chris Taylor’s unsuccessful Wild Man campaign. Fans were showing signs of fatigue, as crowdfunding was going through some ups and downs. So Fargo took the new campaign more seriously. The team created screenshots, videos, and other assets to release during the 30-day campaign.

“With Kickstarter, you just have to put in a lot more work to make it a success,” Fargo said.

They needn’t have worried. Torment: Tides of Numenera raised nearly $4.2 million from more than 74,000 backers, making it the biggest haul for a game in Kickstarter’s history. Fargo said that, in hindsight, the project had clear advantages because every major developer on the team came to the party with their own following. The personalities included table-top game designer Monte Cook, Colin McComb (creative leader on Torment), and Patrick Rothfuss, a New York Times best-selling author and creator of the Kingkiller Chronicle novels.

Now the Wasteland 2 team can finish the title and roll off to do the production for Torment, which will ship in 2014. Fargo said that the team recently had a pow-wow of 10 writers who are busy creating hundreds of thousands of lines of dialogue for the new game. 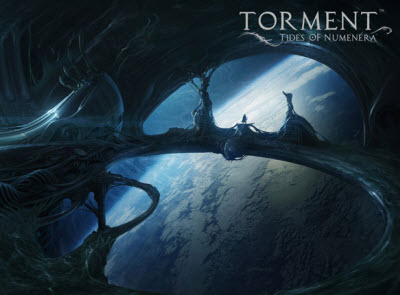 Above: Torment: Tides of Numenera

Back to a publisher

And now that Fargo has more money and lots of options, he is no longer so sour on the attitudes of game publishers. He teamed up with Dead Island publisher Deep Silver to do a retail version of Wasteland 2. He still believes in digital distribution and self-publishing. Wasteland 2 will debut on sites such as Valve’s Steam. But it will also appear in retail stores and come with physical merchandise that Deep Silver can create and ship.

“They can fulfill 20,000 physical goods shipments that I am obligated to do but don’t see as my expertise,” Fargo said. “They take that off my plate, since they specialize in it. If this becomes a success at retail, then that is gravy.”

As for finishing up Wasteland 2, he said, “We have to make this great. Fans gave us money. They don’t care about the delay of six weeks. They’re telling us that they want the game done right.” Fargo plans to show more of the game at the upcoming Gamescom games festival in Germany later this month.

After all, Wasteland 2 has to find new audiences beyond the fans on Kickstarter in order for InXile to become more successful. In other words, Fargo isn’t in a religious war against big, dumb publishers.

In the meantime, Fargo said he has been offering advice to others and giving help to other indie publishers. He enjoys watching the renaissance in indie gaming, and wants to encourage its spread.