The bottom screen can switch to a map on which players can zoom or drag to view the full scope. Saving is available anytime and anywhere. And if you lose in combat, the game lets you restart from the beginning or bump down to an easier mode. It never reverts to the Start screen unless you quit.

Plus, when Mario or Luigi levels up, players can spin a number roulette to pump extra points into whatever stat they choose. Hitting milestones unlocks rank bonuses, like permanent reduced damage or an extra gear slot. These small but considerate elements add up in a big way.

Mario & Luigi: Dream Team contains different moments when, without beating the audience over the head with pity or sympathy or even psychoanalysis, we understand how it must feel to be Luigi. He’s routinely clumsy in the real world but talented and essential in the dream realm. In the deepest reaches of his subconscious and the minutes before a giant battle begins, we can learn his innermost thoughts — actually read them on the screen. We witness the expression of fear or doubt on his face before he shakes it off and unleashes a mighty blow. This is Luigi like we’ve never seen him before, and developer AlphaDream sets the stage and then allows us to interpret his true character for ourselves. 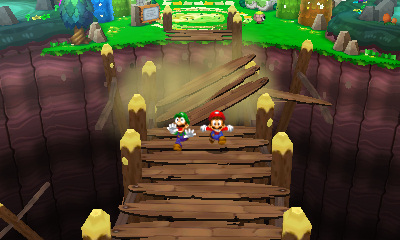 Above: Luigi may be a star in this game, but he and his brother are also a great and very equal team.

These qualities give new meaning to the times when he stands by and lets Mario take the credit for saving the day. He’s not a proud or self-absorbed hero. He’s all the better for it. This is very much his year. 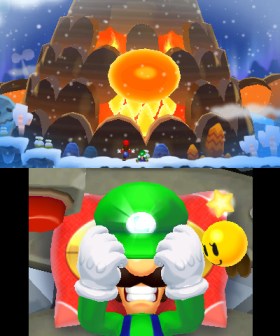 Above: Luigi is stronger than he thinks he is.

The giant battles are one of the highlights of Dream Team, but they’re not perfect, and the problems with them are inconsistent. In other words, they’re super fun but occasionally a pain in the overalls.

Because these scenarios depend on the stylus, they require various swipes, taps, and other motions, like drawing circles. These give the 3DS touch screen a real pounding; it’s going to take some heavy abuse during these scenes. Usually, actions execute as planned, but sometimes they can give you grief. Figuring out how fast or hard to use the stylus can be trying. Maybe I’m just that uncoordinated, but I found the repetitive swipe motions — like to push back an opponent — the most difficult to master. These battles are no small undertakings, either. They demand a lot of time, concentration, and endurance, and they only get harder.

During one, the 3DS’s gyroscope actually quit on me. I was worried I broke it because I was playing so rough, but I restarted the system, and it worked fine. However, it’s definitely frustrating to lose after dumping so much time into these much longer, slower confrontations. 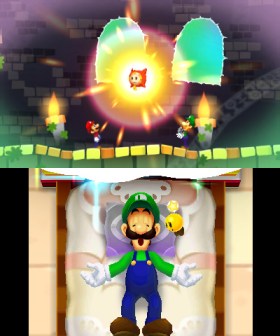 I never got bored with the locations Dream Team took me to or the activities it engaged me in — except in a few instances. One area in the middle of the game is a little too extensive, and another involves a fetch quest that feels embarrassingly out of place.

The worst is the end, which introduces — guess what — a looming evil castle that players will immediately recognize as the final battleground — maybe five, 10 hours away. That’s not the case. The story drags on and forces you to visit new areas in old corners of Pi’illo Island, run around collecting parts and finding someone to assemble them, and reach goals countless roundabout ways. Then, when you’re finally able to infiltrate the castle, it lays down boss after boss. The whole last chapter gets out of hand.

I’m all for extra content, and Dream Team includes minigames and sidequests galore (completing picture puzzles, flexing skills for prizes, freeing Pi’illos, and so on). This easily extends to 50 hours or more, but it stretches paper-thin. And don’t even get me started on the final boss, who spams a move that can make it near impossible to beat him (unless you put the battle on easy mode) and is a huge load on your time.

Mario & Luigi: Dream Team is a must-have for the Nintendo 3DS. It’s loveable, endearing, and a good, healthy challenge — until you hit 35 hours or so, when the developers start cramming in superfluous content and increasing the number and intensity of giant battles. It’s a shame that one of the best features almost becomes a detriment through overuse.

Regardless, these issues feel like small prices to pay for the enjoyment you’ll get out of Dream Team, where worlds and characters burst with personality and imagination and Luigi finally gets his dues. This may be one of the most memorable handheld titles you’ll play this year. And what a special year it is.

Mario & Luigi: Dream Team was released for the Nintendo 3DS on August 11, 2013. The publisher provided GamesBeat with a download code of the game for the purpose of this review. 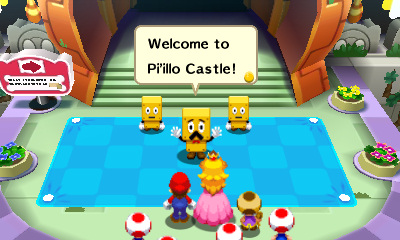 Above: The inhabitants of Pi'illo Island are all too happy to greet you, but this stay is going to be a rough one.