Earlier this week, GamesBeat ran an interview with Disney Interactive VP of product development Bill Roper. Although that discussion was somewhat erratic in terms of the questions we threw Roper’s way, we also had the opportunity to speak with Klay Hall and Traci Balthazor-Flynn, the director and producer on the new Disney Planes movie, respectively. It turns out making animated films and developing video games share quite a bit of DNA. 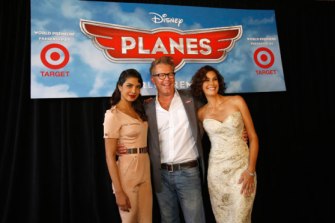 Image Credit: Disney
Klay Hall: [In CG] we do thorough storyboarding work first, to make sure the scene seems like it’s playing well – it hits all the character arcs, the personality and the acting come through. But we do set it up very much like a live-action shot as far as camera placement, lighting rigs, and all that kind of stuff. But to Traci [Balthazor-Flynn]’s point, we’re able to get it pretty close to where it’s supposed to be. We can always go back in and tweak. We tend to have more time than live action filmmaking does, too. Live action moves much quicker than animation. The bonus, also, is that we don’t have to deal with anybody’s personalities or bad days or weather or anything like that.

Traci Balthazor-Flynn: I’ve never actually worked in live action, but the great thing about animation is that it’s really, really collaborative. It’s also really iterative, which I think is different from live action. We get the opportunity to work on scenes all the way through, from many different stages, and we continue to perfect them along the way. We don’t necessarily have to do reshoots as well. You can work on scenes along the way through the different stages. We probably don’t produce as much footage as live action would, too, because we’re a lot more purposeful about what we make – it goes through so many people and so many stages, and it’s so costly. There’s not a lot that ends up on the editing floor.

GamesBeat: I don’t know if either of you have ever worked on video games, but to the best of your knowledge, or your familiarity with the two industries, do you feel like making a CG movie might have more in common with a game than traditional film?

Balthazor-Flynn: Absolutely. In fact, I’d say that a lot of the artists who work on CG films often get their careers started in the gaming industry.

Hall: Absolutely. Several of our guys have gaming backgrounds.

Balthazor-Flynn: The thing I always love about that, as a producer, is that usually the people that come from gaming are really fast and really used to iterating. They can turn things around quickly. They get that idea of a fast-paced production. It lends itself so well to the iterative process of filmmaking. They’re flexible. They can adapt better. 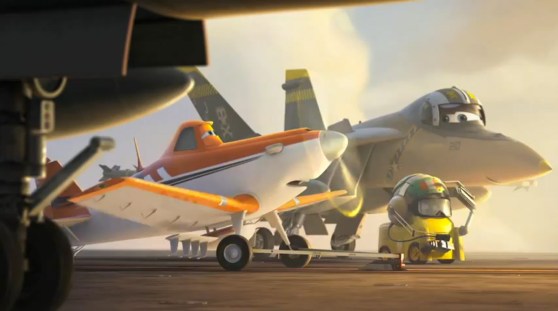 GamesBeat: Speaking of games, did you have or want any input into the Planes video games?

Hall: Absolutely. I knew early on that it was such a cool story, to race around the world and go to these different environments and see different cultures, different colors, different textures. I was really hoping we could get that incorporated into the gameplay and visit those different areas along the way. We both were very involved with what was going on in general as far as the gameplay and what you would experience as a player.

GamesBeat: Correct me if I’m wrong, but this is Disney making a Pixar spinoff without Pixar, is that right?

Hall: Not exactly a spinoff. But it’s Disney embracing a world that John Lasseter had set up under the Pixar banner. The great thing is that John’s point of view on all this stuff is that it’s a big universe. There are lots of characters. It’s a huge area for all of us to explore. Pixar can still do the Cars world with Mater and McQueen, but he’s given us an opportunity at Disney now to go above and beyond that and create a whole bunch of new characters in a new universe and explore that world. We don’t have to cross over, and there’s no end to where it can all go. That’s how we look at it.

GamesBeat: Did Pixar consult on the making of this film?

Hall: Not necessarily consulting. John was involved from day one, all the way. The way Pixar helped us is that they had 10 years worth of product — two movies — that we could draft our knowledge off of and learn from. Between that and John Lasseter being involved weekly or almost daily, whatever you want to talk about as far as creative input, he was always there. It was pretty much like having them along for the ride.

GamesBeat: Does that mean that we could eventually see a Disney Trains or a Disney Boats?

Hall: Absolutely. It’s endless. There’s no end to where it can go. It always comes back to telling good stories with compelling characters. Honestly, the possibilities are endless. John sees all these things out there as having characters and personalities. He really does.