Google will be shifting production of its Nexus 10 full-size tablet from Samsung to Asus for the coming holiday season.

Asus won the bidding war to manufacture the pure-Android tablet, apparently, beating out Samsung, which previously produced not only the Nexus 10 but also multiple other models of Nexus phones and tablets.

This decision almost certainly has nothing to do with the fact that Asus just pulled its Windows RT tab, or that Samsung has captured 95 percent of global Android profits. And it’s not based on Samsung building its own Hub app store to compete with Google Play, or working on a new mobile operating system with Intel, Tizen, to hold over Google’s head as an operating system club.

It also has nothing to do with Samsung pulling out all the stops in the Galaxy S4 to hide Android behind a thick layer of crapware. Or the fact that Google fears that the Korean giant, which owns half of all Android-based web traffic, might start demanding a share of the significant ad revenue Google pulls in from that activity.

I’m sure that Asus just had a better price.

Of course, it does help that Asus did a great job with the Nexus 7 earlier this year. But it’s just possible that a few other considerations weighed in on the decision-making process.

And while Google and Samsung are massive partners, they’re also even more massive potential enemies. The fact that Samsung sold 400 million phones last year and more smartphones than LG, Lenovo, ZTE, HTC, and Huawei combined this past quarter gives it massive clout in the Android ecosystem. 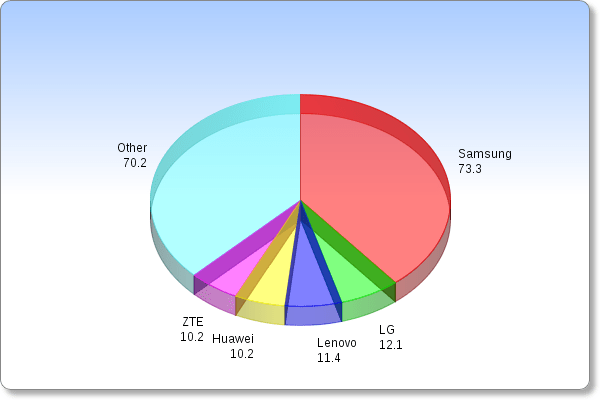 The fact is that if Samsung were ever able to take control of Android on its devices the same way Amazon has taken Android and created its own devices with its own mobile operating system plugging into its own digital content ecosystem, Google would be in serious trouble, and the entire vision of owning the global consumer’s digital lifeline to the Internet could go up in smoke.

As would Google’s sky-high stock price.

Which is why, of course, Google is planning to spend ridiculous sums of money — potentially north of half a billion dollars — to promote the new Moto X — and why Motorola is being tapped to build yet another Nexus device.

It’s all about balance in the ecosystem.

Which, of course, means Google on top, and all the other partners equally hungry, equally scrappy, and relatively powerless.