In January, mobile game developer Gree’s free-to-play iOS and Android title Modern War introduced “live events” in which players join forces in real-time bids to take over the virtual world (which looks suspiciously like our world). The company has released an infographic showcasing the impacts of live events on the trigger-happy massively multiplayer online role-playing game.

The less-than-surprising part is that this addition has increased logins and player participation. Slightly less predictable, however, is that more people fought over Ireland than over any other country. But I guess that makes sense; whoever holds Fake Ireland controls the largest supply of virtual zinc in Digital Europe. 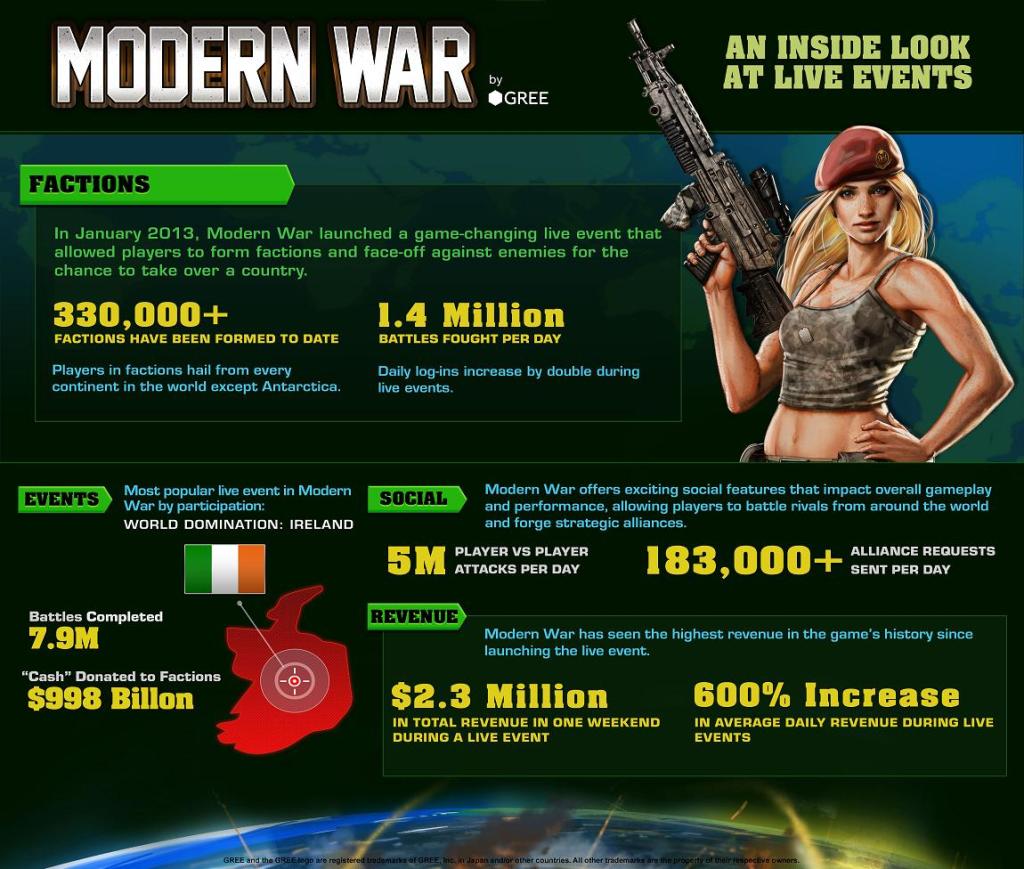