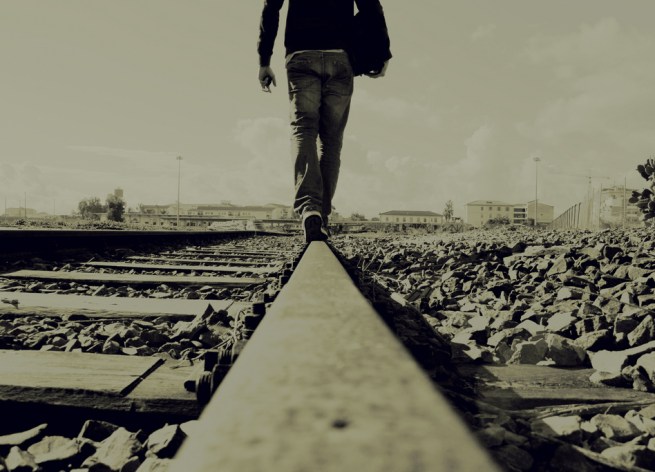 This is a guest post by Matt Ehrlichman, chief executive of Porch.

My 32-year-old co-founder has a brain tumor. And it’s cancer.

It’s been a tough few months, to say the least. Not only is Ronnie Castro one of my greatest friends, but he’s also a business partner. Neither school nor work prepare you for a challenge like this – one that’s wound tightly not only around personal emotions, but a greater organization’s inspiration.

Update: Check out Ronnie Castro’s story in his own words.

Our friendship started about 12 years ago at Stanford: first with midnight Frisbee golf, then holding up Dick Vital at basketball games, and finally as business partners launching our first tech venture in our dorm rooms. We had no business succeeding, but we graciously celebrated the big win of a $60 million acquisition. Ronnie had gone on to create the Adwords Optimization Group with his roots firmly planted at Google while I headed up to Seattle for the next five years.

About a year ago, we reunited to disrupt a massive market with our new venture, Porch. It’s what I love: working side-by-side with great friends, solving real problems, and making the world a better place in a durable way. What a run it’s been thus far…until March. Headaches turned into dizziness. Dizziness turned into an MRI. An MRI turned into a 4-inch tumor, which turned into a 17-hour brain surgery.

Seriously? Ronnie is 32 years old, seemingly healthy, and just had his second child, who I cradled during his operation.

Sitting in the hospital awaiting news on a friend forces one to pause and process — mostly about life, but also about business. We certainly were counting on Ronnie and had to scramble to keep things going forward as fast as we could. He deserved to come back to a company that hadn’t missed a beat. We thought about the addition, subtraction, and multiplication changes required to make this happen, amidst the circumstances:

The first thing that needed to be added was an army of 15 wicked smart interns. Students can make a big impact on your business, especially when given clear goals. There’s an abundance of hunger for company influence and meaningful work. A startup is a place that can provide a significant stepping stone for anyone’s career.

Interns helped us not only ramp the business at a low cost, but also tackle pieces of problems that Ronnie would have been responsible for while we awaited the prognosis. In retrospect, interns are a great compliment to any resourcing plan that poses little risk and high mutual upside if structured correctly.

A business is a living organism and its needs change over time. With limited resources and personnel, a startup by definition must be extremely selective as to how it deploys its attention and energies. Only the most critical functions should merit any attention.

The first thing that needed to go for us once Ronnie was out? Meetings. Everyone needed to strive for independence since there was a tremendous amount to do. Start-ups in general should operate like this. You should select the top talent that can work independently to solve hard problems. We have since moved to weekly pod meetings where everyone queues up a list of questions over the week and hits on several things at once.

Every interruption costs about 20 minutes of time that you don’t have now and will never get back, regardless of your situation.

Startups are stinking hard, which is why not everyone succeeds. It’s so crucial in dark times to remember why you started your venture, or in our case, why we joined the Porch family. As an entrepreneur, I have the opportunity to touch every household in America with our product, improving the most intimate space in their life. It is that sentiment that everyone at Porch needs to move forward with in perpetuity, and a sentiment that every entrepreneur should carry with regards to their mission and the pain they are tackling. Ronnie is a reminder that you need to change the game every day and be proud of what you leave behind.

Fast forward five months later: 98 percent of Ronnie’s tumor is out and the company is cranking toward something special. Fifty staples sweeping his skull serve as a consistent reminder of how chance can permanently alter even the best-laid plans.

Every company will have a unexpected moment of some sort. You can’t predict what it will be, whether it’s a massive market crash or a co-founder’s tumor, and you can’t predict when it will hit, whether it’s before a launch, an acquisition, or a key partnership. Ours happened to be right now. We are making it through as we look to build something great.

Matt Ehrlichman is CEO of Porch, where you can get inspired by home projects your neighbors have completed, see what home projects will cost, and find the service professionals your neighbors and friends recommend. Previous to Porch, Matt was a founder and CEO of Thriva (acquired by Active Network) and Chief Strategy Officer of Active Network (2011 IPO). Matt lives in Seattle, WA.

He is a member of the Young Entrepreneur Council (YEC), an invite-only organization comprised of young entrepreneurs. In partnership with Citi, the YEC recently launched #StartupLab, a free virtual mentorship program that helps millions of entrepreneurs start and grow businesses via live video chats, an expert content library and email lessons.