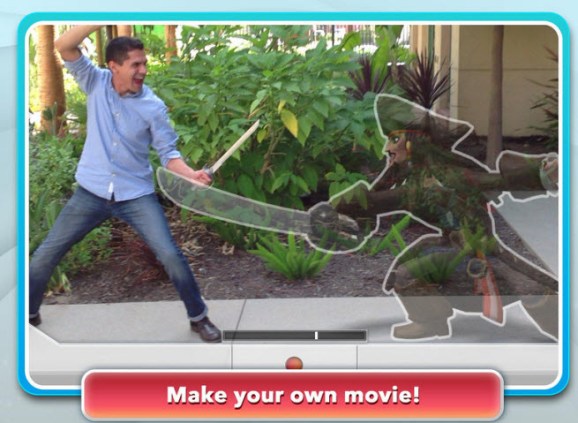 Disney Infinity is Disney’s biggest video game launch of the year, and today, the entertainment megagiant announced that it will launch a new video companion app to help sales go to Infinity and beyond. 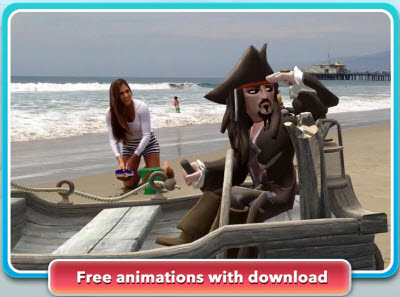 The Disney Infinity: Action! app jumps on the trend for user-generated content, enabling you to shoot videos and magically splice them into scenes with Disney’s cartoon characters. The mixed-reality app enables fans to create gag videos that they can instantly share on YouTube or Facebook or through e-mail.

The app debuts first on Apple’s iOS platform on Thursday and will appear on Android and Windows Phone platform later.

Disney Interactive producer Scott Humphries showed us a demo of what you can do with the app. One of the main ideas behind this app is to extend the experience of the console game into the mobile world, where so many young folk are encountering new entertainment properties for the first time. This app isn’t a game: Think of it as a way to tap the passion of players that create content, as expressed in hot games such as Minecraft.

With this app, Humphries says fans can become storytellers by using the Movie Maker feature. They can star alongside characters such as The Incredibles‘ Mr. Incredible, Sulley of Monsters Inc., and Captain Jack Sparrow from The Pirates of the Caribbean. Players can choose from 30 different animations and dozens of props such as Buzz Lightyear’s Jet Pack from Toy Story. The app represents a brave new world for Disney, which normally is wary on the legal front when it comes to user-generated versions of Disney content. But this app has been cleared by Disney’s lawyers, Humphries said.

Disney’s second Infinity app is Disney Infinity: Toy Box, a mobile version of the world-building Toy Box mode in the console game. Both apps are part of a larger strategy to cash in on the toy-game hybrid craze started by Activision with Skylanders.

Here’s our video interview with Humphries below.