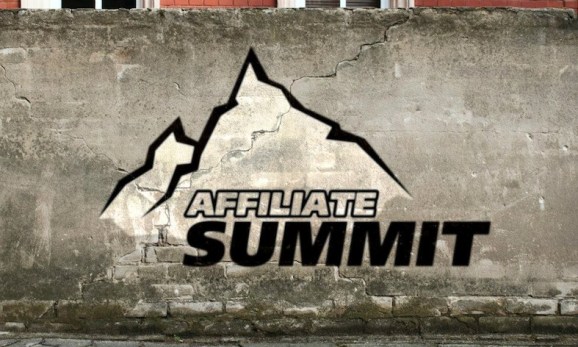 Affiliate Summit is an annual gathering of affiliate marketers

Tricia Meyer is an affiliate marketer and consultant.

“Affiliate Marketing is a Scam!” We’ve seen these headlines over and over for years. Most recently right here at VentureBeat. Often they will include stats or graphics or anecdotes to support their claims. And usually they “predict” the end of affiliate marketing as we know it because everyone will figure out what a scam it is.

Affiliate marketing isn’t a scam. And it isn’t going anywhere anytime soon. I’d wager my law license on both of those statements. In fact, as a lawyer who has been publicly active in the industry for eight years, I kind of already have. I’m willing to put my name, face, and even attorney number (21739-53) out there publicly for anyone to try to prove that what I do is fraudulent or a scam in any way.

I wanted to address the misconceptions in Ruslan Kogan’s recent VentureBeat article, “The big ugly affiliate marketing scam,” as well as many made in the comments on that story. I want to speak out loudly and educate the masses about how great affiliate marketing really is and how it can be done in a way that is profitable for both the publishers and merchants. But an article like that would actually have to be a book or a whole series. So instead I’m just going to address some of the biggest misunderstandings, lies, and myths about affiliate marketing as I see them.

There’s no pyramid at all in affiliate marketing. In fact, it’s not even in my best interest to encourage other people to be affiliates because it just creates more competition for me. Unlike MLMs, you don’t pay anything to become an affiliate. You pick and choose which products or services you want to sell and see if the merchant will give you a commission for selling them. You own your own content into perpetuity, even if the merchants go out of business.

Is it a scam when you go to a real estate agent and the guy who convinces you to buy the house gets a commission when you do? Is it a scam if you refer a friend to DirecTV and DirecTV gives you a credit on your account for referring them? Both of those situations are very similar to affiliate marketing.

Would big companies that protect their brands and their reputations such as Zappos, Best Buy, Amazon, and Nordstrom work with affiliate marketers to perpetuate a scam? Because they all participate in affiliate marketing in different ways and have hundreds of thousands of affiliates between them.

Coupon sites are fraudulent because they steal sales

The use of coupons in affiliate marketing is an entire argument unto itself within a huge industry. Merchants have the right to decide whether they want to allow coupon sites in their programs. Merchants also have the right to decide what commission to pay those affiliates. Within some networks like ShareASale, merchants can see every cookie that was set within the purchase process to determine whether the affiliate is adding value.

The problem with a blanket statement like, “Affiliates who promote coupons are stealing from the merchant,” is that there are so many factors that are not taken into consideration. Coupons can create a sense of urgency to buy when an end date is looming. Coupons can increase the average order value when a minimum purchase amount is set. Coupons can even give the customers a better feeling about the company because they perceive that they are getting a better deal.

Merchants can put into place commission rules about when cookies are set in the same way that VMInnovations does, if they are concerned about losing money. Talk to Sarah Bundy at All Inclusive Marketing or Greg Hoffman at Greg Hoffman Consulting to figure it out specifically for your merchant. If a merchant doesn’t feel like the affiliate is adding value, there are many steps that they can take, including completely removing the affiliate from their program. A coupon affiliate making sales for you doesn’t mean they are doing anything wrong if they are not violating your terms. In fact, they are doing exactly what you paid them to do. And if they violate your terms, simply get rid of them.

The FTC hates affiliate marketers because we sell fake drugs

I won’t dispute that there are bad players in affiliate marketing, just as there are in any type of advertising. And the FTC has definitely come down hard on those who get caught deceiving customers. But that’s not the general business model of affiliates. We look to the FTC for guidance like the .com Disclosure guide that help us to stay not just legal but also ethical and reputable.

The majority of the affiliate space has nothing to do with Acai, Viagra, or diet pills. I see more of those in the back of US Weekly than I do in the affiliate networks. We sell checks, wine, and baby cribs. We generate leads for mortgages, health care, and insurance. The FTC merely wants us to be honest in our advertising because in a quickly changing electronic space, it can be hard to separate advertisements from testimonials. That doesn’t make them illegal or a scam, it just makes them a new frontier.

Affiliate summit is a meeting of shysters

I take this allegation very personally. I’ve been to every Affiliate Summit since 2007. I’ve done business there with my husband, my mom, and my best friend. I’ve made business contacts and friends over the years and know the kind of work that most of them do. Do I agree with every advertisement that a cost-per-action (CPA) network runs? Absolutely not, but they don’t make up the masses.

Beyond my personal feelings, the facts back me up that Affiliate Summit is loaded with people who are in it to do the right thing. Pat Grady of RhinoFish was awarded the Affiliate of the Year Award this year and is one of the most ethical people in our industry. For a decade he has actively sought to rid the industry of bad players. BrandVerity always attends, and they are known for helping merchants protect their brands and images. Every year there are sessions from attorneys on compliance and trademarks and disclosure. This year I’m even speaking on a panel about what we can all do to prevent fraud. You might find people hanging out in the hall trying to capitalize on Affiliate Summit, but they are not the people behind it or active within it.

The business model is not only sustainable but thriving. If you believe one thing I’ve written here, believe that.