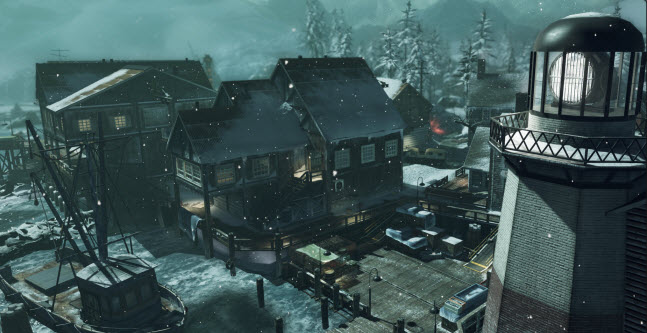 Each map will now have its own “dynamic map events.” These include player-triggered traps, such as a gas station roof that you can shoot out so that it collapses on top of enemy soldiers. The events allow you to strategically redirect the course of the match. You can, for instance, call in a Killstreak that will change the map altogether. Noobs can trigger this immensely satisfying actions as well as vets. 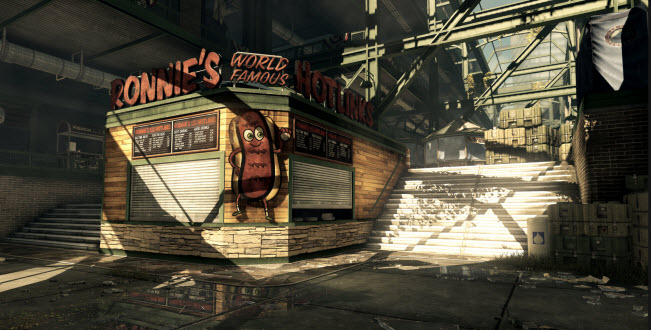 Each soldier now has the ability to engage in nuanced movements. These include “mantling,” or hopping over a barrier while running. You can do this while you are shooting. You can also do a “contextual lean,” where you lean around a corner rather than expose your whole body. Depending on how close you are to a wall, you can lean out less or lean out further. Lastly, you can perform a knee slide, where your run and slide across a floor and strafe your enemies at the same time. That’s a cool, tricky move. I suspect that vets will use this movement much more effectively than noobs, but it doesn’t require complex gestures or button pushes. So the noobs will be able to use this too, Infinity Ward community manager Tina Palacios told GamesBeat. 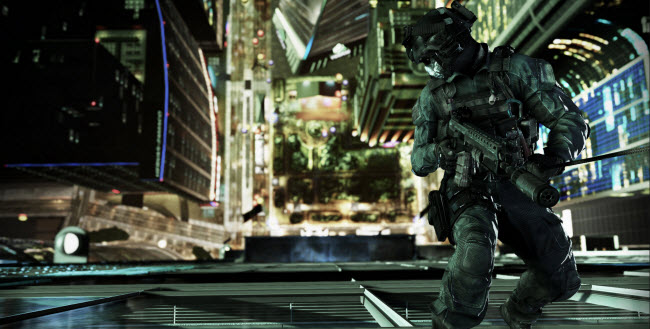 Call of Duty: Ghosts will be more portable than any other previous game. If you register for the Call of Duty Elite gamer social network, you can sign in to your cloud-based profile anywhere. That means you can go to a friend’s house and sign in as your own character. And if you upgrade to the Xbox One, all of your achievements and identity will carry over. The transition to the new consoles will be seamless, so the console transition will not be a barrier to adoption.

The game will also come with a “second-screen” mobile app that you can use to communicate with other players in your clan even if you are not playing a game at the time. You can use the app to organize play among clan members during a match as well. In allowing this, both Sony and Microsoft are recognizing that multiplatform games will spill out of the walled gardens and become cross-platform titles, said Eric Hirshberg, the president and chief executive of Activision Publishing.

Beachhead Studio, the creator of Call of Duty Elite, has returned with an app that gives players the power to edit the loadout of their entire squad of 10 characters on a mobile app. They can also use it to share after-action reports on social networks. The Call of Duty App will debut this November when the game ships. I used last year’s app to show my friends my multiplayer stats. It settles any debate about who really has bragging rights. In this sense, both the vets and the noobs will like this app. 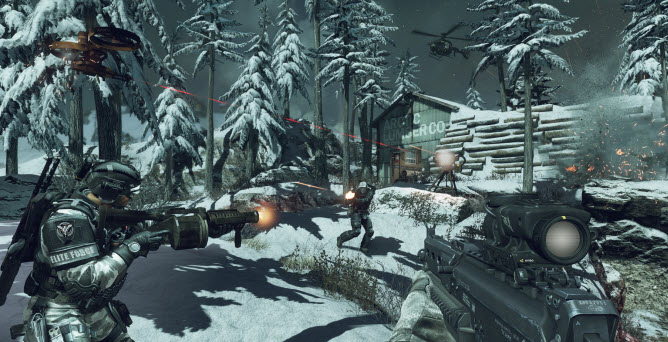 Above: Call of Duty: Ghosts. Drone in the arctic.

Once again, I’m looking forward to this version of Call of Duty. But there will be a huge amount of competition this year, not just from the brand-new consoles and the new games debuting on them but also from first-person shooter competitors such as Battlefield 4. I can’t wait to see how this game stacks up. So far, so good. But I still want to see a lot more of the single-player story. So far, Activision has revealed stealth gameplay in the single-player mode. Hirshberg promises the rest of the game will have the calamitous, over-the-top, “adrenalized, hair-on-fire” moments. I say bring them on.

As for multiplayer, I can see that Infinity Ward’s approach to it is far different from Treyarch’s with last year’s Call of Duty: Black Ops II. Last year’s game had some great new advantages for the noobs, such as the electroshock charge that stopped enemies in their tracks. Combined with the Bouncing Betty land mine, this accessory could stop enemies from sneaking up on me, and it left me free to camp in a spot with a huge light machine gun. There were also reticles (which help you aim) that were much more friendly to the noobs in Black Ops II. I haven’t seen those yet in Call of Duty: Ghosts, but I’m assured that they’re there.

So in conclusion, I’m happy to say that the game appears to have a good balance that will make veterans and newcomers happy. The noobs can always gang up on the vets. And the vets need not worry that skill will not matter in determining the outcome of matches. 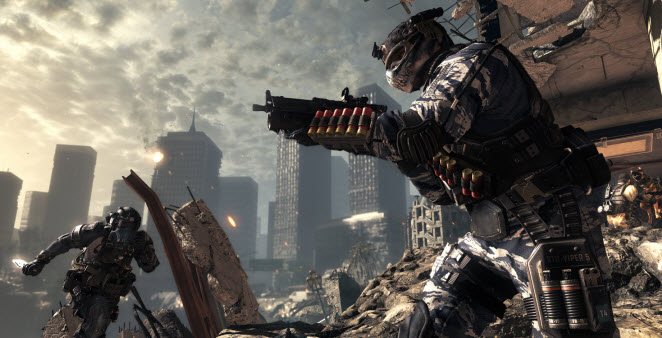 Check our videos below.

The first video is a few minutes of gameplay from one of my own unskillful matches.

And here is the entire multiplayer gameplay reveal event.

This is the first Call of Duty: Ghosts live public multiplayer match between pro gamers and real Marines.