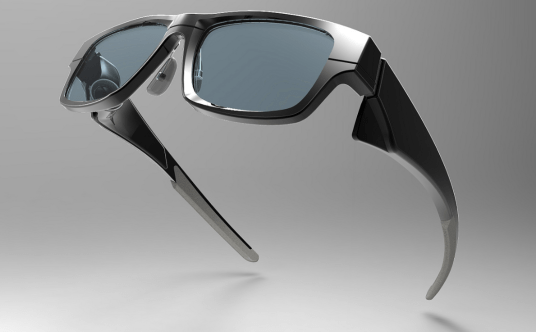 Yesterday, GlassUp project founder Francesco Giartosio was confused, depressed, and anxious. His Indiegogo crowdfunding project, which has done incredibly well by raising $100,000 to date, was in jeopardy. Today, however, he’s happy — even jubilant.

About a week ago, PayPal had locked the project’s account, freezing at least a third of its funds.

The problem, of course, was that GlassUp needs these contributed funds to actually build their gadget — an augmented reality competitor to Google Glass that actually started before Glass was announced.

Today, the news is good: PayPal is releasing the funds.

“It’s great news. It’s wonderful,” Giartosio told me this morning from Venice, Italy. “Now I can open PayPal payments again on the campaign.”

UPDATE: What PayPal is doing to fix this problem

Early this morning, a PayPal representative contacted me with the news. It turns out, on reflection, that there’s nothing nefarious about an Italian wearable computing company — and that PayPal thinks GlassUp is actually a pretty cool product.

We looked into what was happening with GlassUp and corrected the situation earlier today. GlassUp now has access to all of the funds that they’ve raised on IndieGoGo through PayPal. We think they are developing a fascinating product and don’t want to impede their innovation in any way.

Indiegogo’s head of marketing communications, Shannon Swallow, confirmed that Indiegogo had talked to PayPal “indirectly” about GlassUp and said this morning “everything is good.”

So how did this happen? From Giartosio’s perspective, with astonishing speed and lack of communication.

“I have to say, it was really rude,” Giartosio told me. “It was horrible. They did not alert us before blocking the account, and they didn’t even inform us even after — so people were trying to pay and they could not pay, the button was not functioning.”

GlassUp only discovered the situation three days later, when someone who tried to contribute to the project alerted the company. Giartosio contacted PayPal, and PayPal asked for company documentation, which GlassUp sent, and then after a few more days PayPal responded again, asking for more information.

As if a simple Google search would not have confirmed that GlassUp is a legitimate Indiegogo campaign.

“It was a long story,” Giartosio says. “Indiegogo was helpful, however, especially in the last few days, helping GlassUp to work its way through PayPal’s bureaucracy. And now, all things are good.

“We are already near to our target — the campaign has done its job beautifully, and we’re getting support from other companies.”

The question is: How much more successful would GlassUp have been if PayPal had not caused this problem? Or if, even after freezing the account, someone had just Googled the project, picked up the phone, and had a conversation?