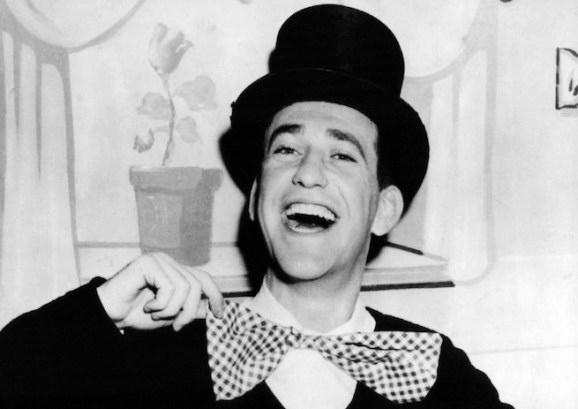 Comedian Soupy Sales is best known for his children's show from the 1950s and 1960s, Lunch with Soupy Sales.

William Volk is the chief creative officer for Playscreen, a developer of casual, mobile, and social games.

Angered by having to work on the holiday on Jan. 1, 1965, comic Soupy Sales ended a live TV children’s show by asking his young viewers to tiptoe into their still-sleeping parents’ bedrooms and remove those “funny green pieces of paper with pictures of U.S. presidents” from their pants and pocketbooks. “Put them in an envelope and mail them to me,” Sales instructed the children. He received a two-week suspension.

Sales’ stunt only netted a few dollars in the mail, as most viewers didn’t know how to mail in cash. After all, this was a live TV show in the 1960s, not a mobile game with in-app purchases. Nowadays, if a child can get the password to say, an iTunes account, it’s far easier for them to send those “funny green pieces of paper with pictures of U.S. presidents” on them. Parents are often shocked to find their children running up charges in the tens, hundreds, or even thousands of dollars.

Yes, the parents are erring by giving their own passwords to their children. Often the children are playing games targeted at an older audience (the $3,000 example was for the strategy game Clash of Clans).

Freemium games depend on “whales,” users who make large purchases, for much of their income. A typical title may only have 2 percent to 3 percent of players making purchases. This isn’t a problem with social casino games targeted at teens and adults. These are rated at ages 12+ by Apple.

Many children’s games, like SpongeBob Moves In, My Little Pony, Skylanders: Lost Islands, and Littlest Pet Shop, offer in-app items as expensive as $99.99. The SpongeBob game (rated ages 4+) isn’t even a freemium title, as the download runs $3.99. So even parents trying to avoid free-to-play games can get surprised by these purchases.

In the headlines above, Apple eventually did refund the purchases, a wise decision.

As David Fewer, the director of the Canadian Internet Policy and Public Interest Clinic, says, “The $3,000, $5,000, $10,000 bills — people are really going to complain about that when they show up, because it’s pretty noticeable on your credit card statement. But if it’s just $20 or $40, parents are going to go into that cost-benefit calculation.”

The problem today is that apps targeted for 5 year olds are relying on in-app purchases even more so than they did in 2011. The top-grossing children’s game category shows 17 out of the top 20 are doing just that.

I believe it is just a matter of time before political opportunity strikes again. The danger is that additional restriction on in-app purchasing could hurt social casino and other games not intended for children. Spending caps could be required.

It would be wise for publishers and Apple to encourage a switch to paid apps for very young children. I admit a bias. I didn’t even consider going the freemium route for our children’s games. Ad supported titles are also an alternative. Parents would be wise to look for paid games with no in-app purchases for their youngest children who may lack to maturity level to deal with the consequences of buying items for their favorite games. Apple does offer an “allowance” system that allows parents to set monthly spending limits.

Note: On Aug. 14, Apple modified its App Store Review Guidelines. These changes include a whole new section on “Kids Apps” in preparation for the implementation of sweeping changes to its educational program with the introduction of iOS 7. The revised developer guidelines detailing apps for children under aged 13 specify that such apps must include a privacy policy, may not include behavioral advertising (ads based on in-app activity, for example), and must ask for parental permission before allowing children to “link out of the app or engage in commerce.” Also, apps in the Kids Category of the App Store must be made specifically for children “ages 5 and under, ages 6–8, or ages 9–11.”

I suspect Apple will be playing close attention to apps targeted to these age segments that include high cost in-app digital content.

William Volk is the chief creative officer for Playscreen, a developer of casual, mobile, and social games. Volk has more than 30 years of experience in the game industry, starting with Conflict 2500 (Avalon Hill) in 1980. His notable works include The Pyramid of Peril (Aegis), The Return to Zork (Activision), and Word Carnivale (PlayScreen). Volk served as VP of technology at Activision. Has worked in mobile gaming since 2000.