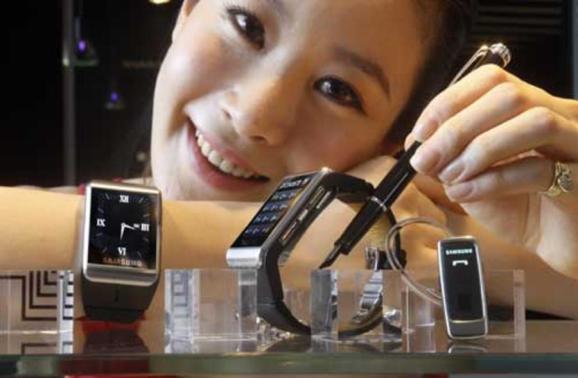 Samsung is reportedly preparing to unveil the new smartwatch, the Galaxy Gear, at its September 4 event in Berlin, Bloomberg reports. The company is also expected to unveil the next version of its popular Galaxy Note phablet at the same event.

The Galaxy Gear is expected to run Android and let you make calls, handle emails, and potentially even surf the Internet. It’ll be interesting to see how Samsung manages to fit some of that functionality into a device that will likely have a very small screen (it still has to fit on your wrist, after all). Bloomberg notes that the device won’t feature a flexible display, but Samsung is working on that technology.

Samsung publicly acknowledged that it is working on a smartwatch back in March, and the company also noted that its plans preceded rumors of Apple’s smartwatch (which gadget fans have dubbed “iWatch”). Samsung isn’t a stranger to the smartwatch market: It released a “watch phone” back in 2009 to compete with a more expensive LG smartwatch.

Indeed, we’ve seen plenty of other companies take a stab at the smartwatch market over the years. Most recently Sony released an updated version of its SmartWatch, and Pebble garnered plenty of hype for its Kickstarter watch project.

The real question for Samsung, and anyone getting into this market: What will your smartwatch do differently? At this point, we’re seeing similar functionality across the board with few big innovations. It’s no surprise the technology world is getting excited about what Apple has cooking.