Among the 10 million people who play Call of Duty multiplayer every day, you can bet there are a lot of women. Overall, women represent 45 percent of players. But in the decade-long history of the blockbuster video game, you couldn’t play as a woman. Now, in the multiplayer version of the upcoming Call of Duty: Ghosts, you’ll finally be able to choose a female character.

Mark Rubin, the executive producer at Infinity Ward, the developer of the game, explained why that’s the case in an interview with GamesBeat. Adding a gender option was one of many design decisions that Rubin explained in our talk at the Call of Duty multiplayer event this week in downtown Los Angeles. Here’s an edited transcript of our interview.

GamesBeat: Could you start from the top a little and describe how you approached the multiplayer? What did you want to do that was different from what you’ve done before?

Mark Rubin: For us, the whole thing started with … everything. It was going to be a platform transition. We needed a new engine. Then we were going to need a new engine for the current generation as well. We finished the Modern Warfare story arc, so now single-player was going to take a new arc. All this stuff led to the idea that we were pushing for as much new as we possibly could.

This is the biggest change to multiplayer we’ve had since the first Modern Warfare. A lot of it comes from tech. For instance, character customization couldn’t have happened without a new engine. We had to completely revamp the way the engine handles memory, with over 20,000 different combinations to handle. That led us to more customization, not just for looks, but for the way you do your loadouts, revamping the system getting people to have a fresh look on what they’re playing. 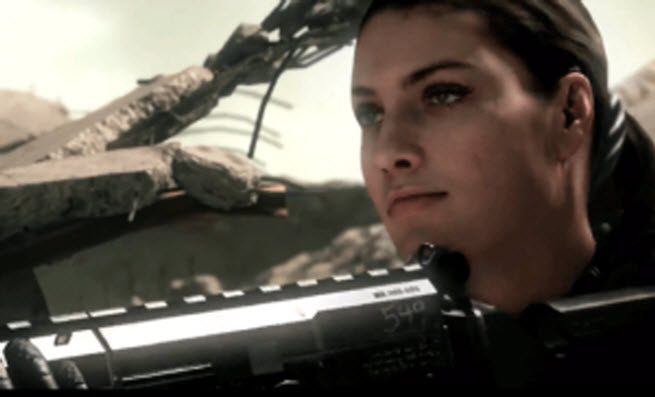 GamesBeat: That seems like something people really wanted in past games. They hated having to wait for it.

Rubin: Yeah. This came from a lot of player feedback. They’ve been through the leveling process so many times every year. A lot of people just play Call of Duty. That’s all they ever play, every day, and they play it for the entire year until the next one comes out. Like Eric [Hirshberg, the chief executive officer of Activision Publishing] said, there will be 10 million people playing the game today. That’s how many months after it launched? So we had a lot of people asking, “Can we please not have to grind levels? Can you do something different with progression?” We thought, “Yeah, let’s tackle that. Let’s do something different and make people feel like they have more control.”

GamesBeat: Are you able to predict, at this point, what the fans are going to be talking about as far as multiplayer?

Rubin: A lot of the questions that have come up during interviews have been about the dog. Everyone loves the dog. I’m hoping that people latch on to character customization. I think what’s going to happen is that, over the next week or so, they’ll dissect all the videos. Someone’s going to frame-by-frame through the multiplayer video and find every little thing in there. Female characters are going to be a huge hit, I think.

Someone asked me about that, by the way. For me, adding women wasn’t an attempt to expand our user base so much as it was an acknowledgement of a user base that was already there. We already have a huge variety of people playing our game. When it came to character customization, it was obvious that we should make sure to be as inclusive as possible. I like it because I think it acknowledges a group of people who already play, who have a great time playing Call of Duty. I was very happy about announcing that. 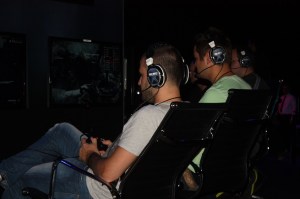 Above: The press tries out Call of Duty: Ghosts.

GamesBeat: In Black Ops II, you had the points system come in, where you could spend a certain number of points on stuff.

Rubin: Yeah. What that allows you to do is remove things to get extra points to spend. We’ve done something similar. Your weapons and equipment all have a point value, and so do your perks. You have eight perk slots, normally, and then a primary weapon, a secondary weapon, and two pieces of equipment.