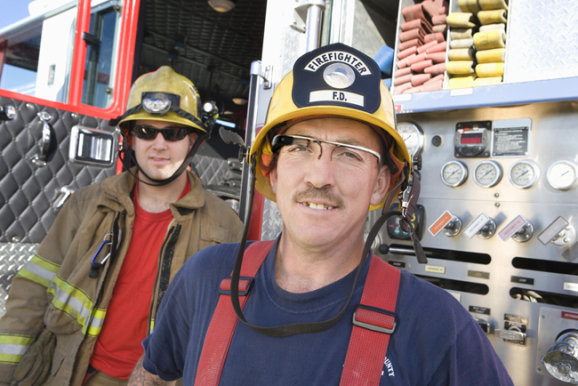 In the not-too-distant future, Google Glass could be as essential to firefighters as the water hose.

So argues communications company Mutualink, which is working on applications for Glass that would give first responders a variety of new and powerful tools to help them do their jobs.

Put simply: The future of emergency response will be real-time, hands-free, and high-tech.

To use the most obvious — and interesting — example, consider how Glass could change how firefighters approach an emergency. Rather than rush blindly into a burning building, firefighters can on the fly pull up the blueprints for the building and use them to plan their entry. That could save not only the lives of others, but potentially those of the firefighters themselves.

Mutualink also points to two other use cases: EMTs, for example, could use Glass to pull up patents’ medical records, and police officers could tap into and display security camera feeds during school shootings and other emergencies.

While we’ve spent a lot of time talking about the consumer uses for Glass, Mutualink’s ideas show that the more interesting applications are the ones that not even Google has thought of yet. Hopefully we’ll hear more about the company’s vision as it develops.