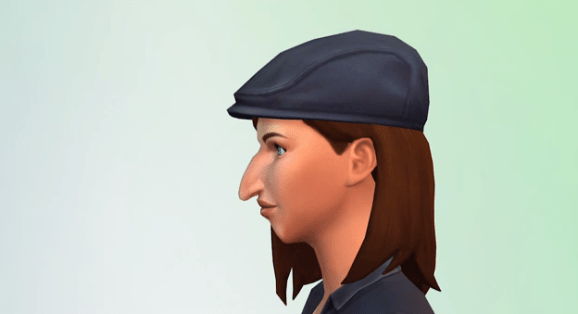 Sims 4 customization can really do a number on your Sim.

The game that makes it fun to torture virtual people is returning with The Sims 4. During Electronic Arts’ Gamescom 2013 press conference today, developer Maxis announced the game and revealed its new Sim creation tools.

Also new is an updated Create-a-Sim. Which, according to website Polygon, gives Sims 18 touch points that players can literally push and pull with their mouse to change features. Maxis compares it to “playing with clay.” The feature should make it entirely possible to create a Sim that resembles the player.

The trailer below features Sims producer Lynsay Pearson tormenting two virtual guys by having them compete for a woman’s affection as they try to outdo each other’s coolness. Then it finishes off with her character taking a ride on the guy’s rocket ship. Subtle, Maxis. Very subtle.

Watch that video below: