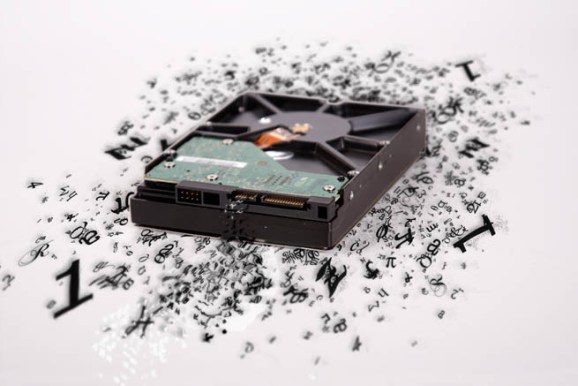 That’s not how data works, folks.

Proving just how out of the loop the British government is when it comes to data, Guardian editor Alan Rusbridger revealed yesterday that officials pushed the paper to destroy some of its hard drives in the hopes of stopping more stories based on analyst Edward Snowden’s leaked surveillance information.

Never mind that Guardian reporter Glenn Greenwald, who broke the Snowden stories for the paper, is based in Brazil, or that much of the editing work for the stories occurred in New York.

Rusbridger’s comments come out of a longer article he wrote on the detainment of Greenwald’s partner, David Miranda, on Sunday under the UK’s schedule 7 terrorism legislation.

As Rusbridger explains it, the hard destruction occurred after high-level government officials contacted him regarding the Snowden stories. “You’ve had your fun. Now we want the stuff back,” one official said during their first phone call.

After refusing to hand over or destroy the leaked data, Rusbridger also pointed out to officials that it would be pointless to do so, since the actual reporting occurred outside of the United Kingdom:

The man was unmoved. And so one of the more bizarre moments in the Guardian’s long history occurred – with two GCHQ security experts overseeing the destruction of hard drives in the Guardian’s basement just to make sure there was nothing in the mangled bits of metal which could possibly be of any interest to passing Chinese agents. “We can call off the black helicopters,” joked one as we swept up the remains of a MacBook Pro.

However pointless, the hardware destruction ended up satisfying government officials. “We will continue to do patient, painstaking reporting on the Snowden documents, we just won’t do it in London,” Rusbridger wrote.

Perhaps it’s not too surprising that the Guardian is also seeking to expand its U.S. operations now (it’s currently looking for a NYC-based news editor), where it can take advantage of First Amendment rights for the press. That certainly doesn’t mean U.S. press have it easy when it comes to reporting sensitive stories; they just don’t have to worry about such blatant examples of prior restraint.