Demographics as a positive force

Because women leads are still rare, “a lot of weight is put on them as women,” said Brian Horton, the senior art director for Tomb Raider at Crystal Dynamics. “But male leads are not framed as ‘male’ heroes.”

He said, “It’s important to show more females break stereotypical roles in games. Lara may be unique in the game environment, but it doesn’t have to be that way. I hope we see a time when it’s not really a big deal to have a female lead and framed as something unique.”

A common presence of women as characters would provide for more than overcoming gender expectations. It could help build better relationships with an audience, too. Lisa Roth, the executive producer of the Zumba Fitness franchise at Majesco Entertainment, says the way the company portrays women must be faithful to reality.

“There are both men and women teaching Zumba classes around the world, and men’s and women’s bodies in motion are quite different visually, so it’s important to have both represented within our content,” she said. “Featuring women dancers shows the way a woman would perform a choreography versus how a man would handle it.”

Perhaps demographics are the answer to breaking another stereotype: the big-breasted, gorgeous character who’s proportionally compromised to suit the male gaze, where women become sexual objects with little power or authority of their own. As with Zumba Fitness, they could act as a gateway for learning to serve an audience instead of merely driving marketing decisions. 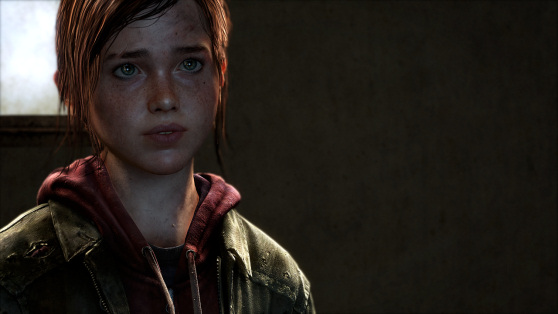 Neil Druckmann, the creative director on The Last of Us at Naughty Dog, described one situation where Ellie’s presence in The Last of Us enabled the team to broach a topic relevant to women and girls in society.

“There’s a part in the game that’s a side conversation where she sees a poster of a really skinny model, and she talks to Joel about it,” said Druckmann. “She says, ‘I thought people in your time had plenty of food and all this stuff.’ And he explains to her, ‘Yeah, but some people just starve themselves for looks.’ And her remark is, ‘Well, that’s stupid, that doesn’t make sense.’ So she’s not exposed to the media that normal people are exposed to and, you could argue, in some cases corrupted [by it].”

He said, “The concern there is that you start getting heavy-handed, and the message becomes overwhelming to the story. So I think you always have to sneak that stuff in there.”

Writer Greg Kasavin of Supergiant Games made it clear that Red, the main character of the upcoming turn-based strategy game Transistor, is “just our character.” The developer doesn’t think of her in terms of gender.

But gender identities are important as they can be an “access point,” Kasavin says, for people who want to play games with characters they can relate to. 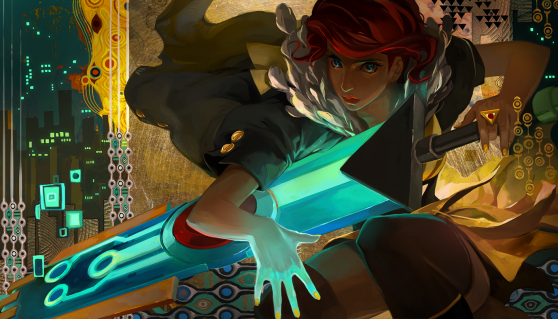 “That said, I feel like if a developer approached the issue from a standpoint of ‘How can we include female characters in our game,’ they are already going about it in a creatively bankrupt way, even if it’s well intentioned,” said Kasavin. “Developers might be better off concerning themselves with why having interesting characters matters in the first place. A character’s gender in and of itself does nothing to make him or her interesting, but a character exists in a broader narrative context in which gender choices may be significant and may be part of the politics in an interesting way.”

Kasavin said that trying to force in diversity — of gender, sexual orientation, or ethnicity — stands “a high risk of resulting in some very disingenuous or even insulting games.”

The writer pointed to The Chronicles of Riddick: Escape From Butcher Bay, one of his favorite Xbox games, as an interesting case study. In it, women are noticeably absent — and never mentioned or shown, either.

“I felt it was a deliberate artistic choice, not born of ignorance or insensitivity but rather a decision that was fully aligned with creating the game’s unique tone and atmosphere,” said Kasavin. “Maybe the idea of a game with no women in it is somehow offensive, but I found this sort of deliberate omission of gender to be much more honest and interesting than the typical shooter, with its gratuitous female briefing character or love interest.”

Developers need to put more thought into creating the “right characters” for their worlds, he said. “The more that happens, the more interesting characters I think we’ll see, many of whom will be women purely from narrative necessity.”

Above: Lara Croft from Tomb Raider in a difficult moment.

“The argument continued that because it’s not often shown in male games characters, it shouldn’t be in female ones,” she said.

That line of thinking reveals more than our views on women; it reflects on male stereotypes as well. “I think this is a more of a problem with the narrow way we’ve represented male characters in the past rather than an issue of judging all female characters by the standards of the males that have gone before,” said Pratchett.

“Some of the most profoundly gender-based feedback we got was from male players who said they’d been given a new insight into being female by playing as Lara — particularly when there was the brief threat of sexual assault from one of the enemies in the game,” she said. “Suddenly males found themselves put into a position they would be unlikely to experience in the real world but one that women are — sadly — only too familiar with.”

The fight for female representation is one that game designers Brenda Romero of Loot Drop (and formerly the International Game Developers Association) and Kim McAuliffe, who’s working on Project Spark at Microsoft, know all too well.

“It’s a question of wanting to see your reflection in a game,” said Romero. “If you feel like you’re represented there, you likewise feel welcome there.”

For them, the inclusion of women as characters points to that of female developers. Romero recalled a moment when her perspective uniquely influenced a game’s design.

“When [id cofounder John Romero] was designing Ravenwood Fair, I remember feeling a lack of closure when I finished playing a session,” she said. “In a nutshell, it was because I couldn’t do anything to protect the characters from the creatures in the forest who were out to get them. I knew that nothing happened in the game while I wasn’t playing it, but still, the feeling persisted and was enough to affect my enjoyment of the game. It was not a feeling he had nor any of the male testers of the game. Among women, however, it was an issue.”

They settled on a solution: a protector system in which totems kept the characters safe when players left the game. “If they got scared, players could even comfort them,” she said. “It was a subtle design change, but a big one, and of all the design in that game, it remains one of the things he is most complimented for.”

McAuliffe believes that the lack of women in development roles stems from female representation in games. She and Romero have spoken about the problem before. 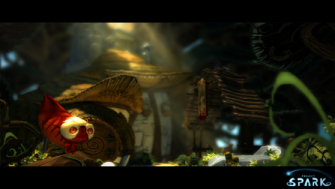 “Someone approached me on Twitter about my statement that as a kid, I would only play as the female character if there was one available,” said McAuliffe. “He said it was the same for him and race; if there was a black character option, he would always pick it. So I believe it’s important to have character options that are diverse in gender, orientation, and race not for the sake of diversity as a principle but because people long to identify with the games and characters they are investing their time and lives in. It also makes them feel welcomed by the game, like they belong, which is key to continuing to play and growing up to be part of the industry.”

Women characters have the power to introduce new perspectives, she said, especially if the developer “is willing to dig into what life is really like for the average woman.” That could even lead to new approaches to game design.

“I think game scenarios like this would be very eye-opening for people.”

As Romero pointed out, more female developers could help open the doors to these perspectives.

The face of video games is changing for the better, with icons like Lara Croft evolving from sex objects to characters with perspectives worth exploring. However, developers need to think harder about why female characters matter. It’s easy to get caught up in terms like “diversity” and “marketing” and imagine little value beyond a broader appeal, but they’re important to more than demographics. Their presence encourages developers to discover new gameplay designs and stories with purpose, allows them to create deeper emotional experiences with both male and female characters, and gives us insight into each other’s lives.

Most importantly, the more female characters we bring into games, the more we’ll open the industry to developers and gamers of any gender, race, or sexuality.