Nintendo is slowly revealing more details about the next entry in the Super Smash Bros. fighting-game franchise.

On the publisher’s Miiverse social network, Super Smash Bros. director Masahiro Sakurai revealed that the Pyrosphere level from Metroid: Other M will act as a stage in the next Super Smash Bros. game for Wii U.

Sakurai also claimed that an opponent “from Samus’s past may appear at any second” in the level. It’s likely that the enemy Sakurai is referring to is some kind of stage event and not a new playable character.

Nintendo is currently developing new Super Smash Bros. games for the Wii U and 3DS. The two games won’t have cross-play compatibility because they will feature different stages. The publisher plans to release these games in 2014.

The Metroid stage joins other confirmed stages for the Wii U Super Smash Bros. that include Pikmin 3’s Garden of Hope and a Pilotwings stage based on the Super Nintendo title.

The only confirmed 3DS stage is a level based on an area from 3DS release Kid Icarus: Uprising. 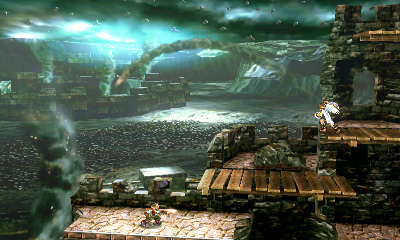