Ubisoft unveiled a playable version of Might & Magic X: Legacy to whet the appetites of longtime fans of the Might & Magic fantasy role-playing universe. 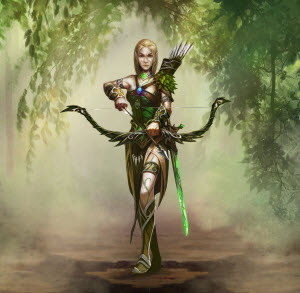 Might & Magic has been around as a fantasy role-playing game since 1986, when it was created by New World Computing. 3DO bought it in 1996, and Ubisoft inherited the property. The French game publisher announced the title back in March and showed it off at the Gamescom event in Cologne, Germany. We played it at a Ubisoft press event in San Francisco, and Ubisoft is promoting it as the “best RPG of its class.” We’ll see if this installment can help reboot the franchise.

The game is being developed by Limbic Entertainment. It is not a sequel of Might & Magic IX, which came out in 2002. Rather, it is set in the world of Ashan, after the events of Might & Magic Heroes VI. The title will becoming in early 2014 as a downloadable title for Microsoft Windows. If it does well, it will prove that it is profitable to revive older franchises for niche audiences in the digital age.

In the game, you play in a party of four adventurers. As Ubisoft describes it, you are “entangled in intrigue and political machinations unfolding in and around Karthal. The city, on the verge of secession, is prey to competing factions vying for its control. Your actions will determine the fate of the city.”

You can create your party from 12 available classes, each with their own skill systems. In the game, you wander through a map, talking with characters that you run into and entering into combat when you come upon enemies in the epic wilderness.

The play is turn-based, where you launch your attacks across a hexagon map, moving within range of enemies and attacking them one by one. Your jobs is to defeat creatures, smash through the bosses, and fulfill quests. You can level up your group and gain powerful new artifacts. We played through a couple of levels of combat. It’s not bad, but I didn’t see enough of the game to see why it stands out in a very crowded field.