For some kids, the opportunity to go to Stanford University for a computer science degree sounds like a death sentence. For real.

As in, a bullet in the brain.

“We recruit seventh through 11th graders, a lot of whose parents don’t have high school or even middle school,” Juan Vasquez told me about URBAN TxT, a program that has inner-city south L.A. kids building iPhone apps, open-source technologies, and Facebook apps. “We look for kids that have a very deep curiosity about tech and about exploring … and we help them turn that into initiative and drive.”

But the challenges that south Los Angeles kids face are far more intense than your typical after-hours tech program at a local suburban high school. 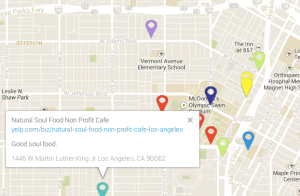 One high school kid selected for the program balked when he was asked if he’d like to attend Stanford University.  Vasquez wondered why, telling the teen that he was almost certainly the only ninth grader in south L.A. developing for the iPhone.

The answer was shocking.

“In my neighborhood, if I wear red I’ll get shot.”

Challenges aside, the URBAN TxT (urban Teens eXploring Technology) program has been incredibly successful. Run like a sort of high school tech accelerator program, the 15-week summer terms start with an intensive course that has seemingly nothing whatsoever to do with technology: team and leadership building.

“What I’ve found so fascinating is that the tech is just a tool to turn our teens into the leaders we know they can be,” Vasquez says. “It’s not really about the tech. It’s about how we get these kids to understand that they can go out and eat up this world … how we can tell kids ‘you’re meant to succeed … you’re built to succeed.'”

And critically, how the mentors and volunteers, many of whom have computer science degrees, can help kids understand that this is not school, and there’s no sitting around, waiting to be told what to do, or to be given direction.

In URBAN TxT, kids need to kickstart themselves.

Once those barriers are broken down — including barriers of race, age, and neighborhood — the teens start learning HTML, CSS, and Javascript, using tools like Codecademy and others. Depending on time, interest, and need, some learn PHP or Objective-C, the language in which native iPhone and iPad apps are built. 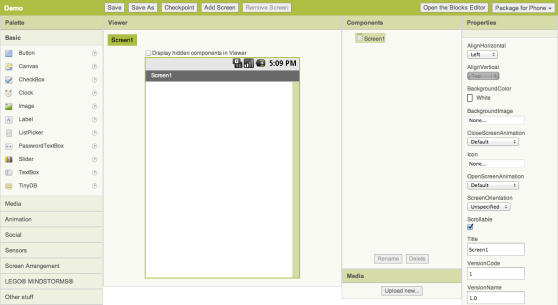 Above: MIT App Inventor, one of the tools URBAN TxT uses to build apps.

“First, we arm them with the foundation,” Vasques says. “Then they identify problems in their community that they’re passionate about.”

Once they’ve identified problems they want to fix, mentors and volunteers help them explore possible technology-based solutions. For example, one team built L.A. Volunteers, a sort of Match.com for teens — who need volunteering hours for high school graduation credits — and local charities and nonprofits, who need help. The app’s algorithm matches students with volunteering options that they’d be most interested in, and would be most relevant to their future goals and dreams. 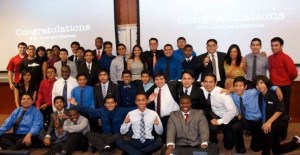 Apps and solutions have to have commercial application and are presented in another very accelerator-like feature: a program-ending demo day in which the teams and participants show off their handiwork and winners take home as much as $3,000 in prizes.

As always, however, the journey is the destination.

“When building SAT Fighter, one kid caused a programming glitch that blew up the game — everything went to hell for about five days,” Vasquez told me. “I’ve seen this in development environments and watched that kid go through the process. When he got it right, it was a beautiful thing.”

Demand is growing annually for the program, which took in 30 kids this past year out of 150 applicants. It’s been funded mainly by founder Oscar Menjivar and other cofounders, plus a few small grants from Edison and the Durfee Foundation. The goal, however, is to be a national model — and to take URBAN TxT to multiple cities.

“One kid who just finished his second year with us started with a GPA of 2.8,” Vasquez says. “He was full of potential, but nothing in his world was pushing him to pursue anything.”

Now he has a GPA of 3.8, a goal to go to Princeton University, and is his classes’ student president.

“Just seeing the hunger he has to compete in the world … that’s what I want every kid to have,” Vasquez says.