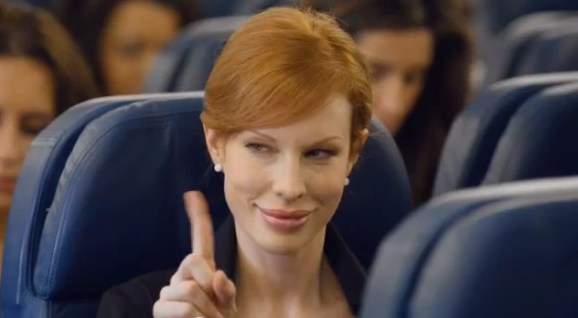 Not only are Windows Phones full of delightful animations, colors, and features*, now they’ll also make flying on Delta less of a pain in the keister.

At least, that’s what Delta is hoping. The airline just shipped 19,000 flight attendants their shiny new Windows Phones today. The phones are powered by AT&T.

Specifically, the devices are supposed to be used to make in-flight purchases easier for fliers. That means paying for seating upgrades, food, and beverages will now be a Windows Phone-enabled process. No more waiting on those dinky, slow-as-molasses machines just to be robbed of $6 for your under-boozy Bloody Mary. Hooray!

Flight attendants will start using the new phones Monday. At that point, fliers will start getting e-mailed receipts rather than physical ones. Delta also says that the transactions will become a lot faster and that soon, the system will be able to process digital coupons from customers’ mobile devices.

This solution was developed by Microsoft, Avanade and AT&T after months of development and feedback from flight attendants. The Windows Phone 8 devices will include a Delta-specific customer experience developed by Avanade on the Microsoft Dynamics for Retail mobile point-of sale platform and will operate over Wi-Fi and AT&T’s 4G LTE Network. The agreement includes plans to expand the solution over the next three years to the newest Nokia devices.

*Disclosure: The author is a very happy Windows Phone user and has not been compensated by Microsoft to say so.