Apple’s iCloud service, which helps connect iPhones, iPads, and other Apple devices to key services, has been experiencing an outage for more than six hours this morning, according to Apple’s status dashboard.

The status dashboard indicates that the outage started just before 4 a.m. PT and is still ongoing. The iCloud services affected by the outage include iMessage, Photo Stream, Documents in the Cloud, Backup, and iPhoto Journals.

Apple says the outage is affecting less than 1 percent of users. However, with more than 300 million people now connected to iCloud, that could mean 2 – 3 million people are having issues connecting this morning.

The last time Apple had a major outage was back in mid-July, when its developer website was hacked and experienced significant downtime. Before that, iCloud and iTunes services were down for 20 percent of users briefly in June.

Are you having iCloud issues today? Let us know in the comments below. 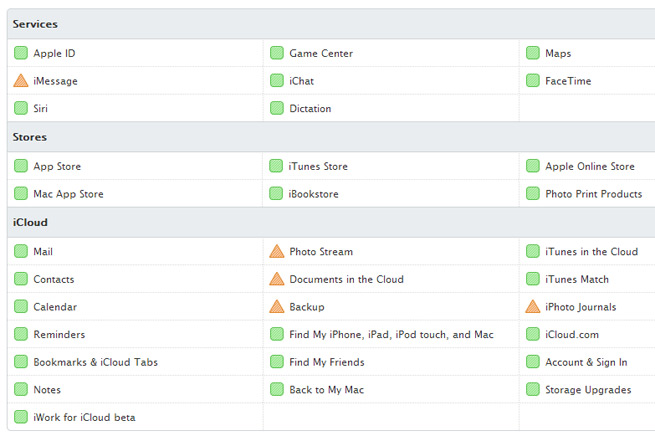