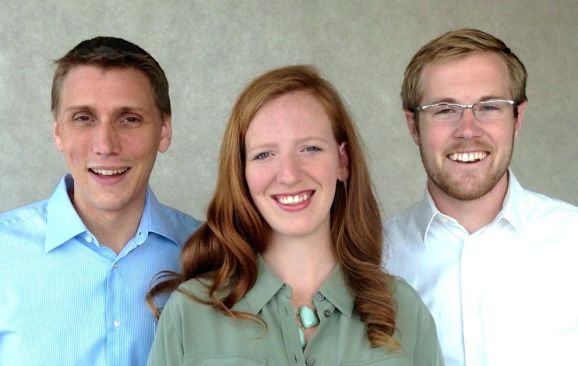 It’s the late afternoon, and Danielle Morrill is bone-tired from a week of sales meetings. It’s the best kind of exhaustion, she tells me, as it’s the kind that entrepreneurs feel when they are finally on to a slam dunk.

Morrill had spent most of her week in sales meetings to promote her latest venture. Mattermark, which launched in June, helps investors track thousands of fast-growing startups. The data comes from a variety of sources, including but not limited to social media, app store rankings, Alexa.com rankings, anonymous tips, AngelList, and news articles.

“Things are just blowing up,” Morrill says excitedly, speaking like someone who has finally fallen in love after years of dating. “I really think I’m building a multibillion dollar company.”

That multibillion dollar goal might seem like hyperbole, but that’s both encouraged and expected from San Francisco entrepreneurs. I did sense that Morrill’s enthusiasm had been tempered somewhat by her previous experience, and she does acknowledge Mattermark’s potential challenges. Her first startup, an affiliate marketing service dubbed “Refer.ly,” was well-hyped in the press, but shut down earlier in the summer.

Building the next Bloomberg

Morrill runs the business with her husband, Kevin, a former program manager at Microsoft and Mattermark’s chief technology officer. About 90 percent of the analysis is performed using an algorithm, developed by Kevin, while the remaining 10 percent is left up to human editors to decipher.

Over time, the algorithm has learned to discard misleading signals, like a spike in downloads due to a PR push or paid customer acquisition.

At this juncture, Morrill points out that she’s come full circle with Mattermark. She grew up in a family of wealth managers and would routinely read the paper with her dad over breakfast, poring over stock fluctuations. After stints at software-only startups, she’s back to financial services, and is running a family business.

She likens Mattermark to a “Bloomberg for the private markets,” but Morrill admits that the product still has a long way to go. In its current incarnation, the company offers its earliest customers raw data as well as news and analysis.

The weekly newsletter is a smart customer acquisition tool and is fast becoming a staple for investors and press.

However, the Morrills are growing Mattermark’s customer base slowly and cautiously after learning lessons from a previous failed startup.

Mattermark is a pivot from Refer.ly, a service that offered tools for collecting, sharing, and tracking links across the web. The still-extant website makes it look like a means to pile up affiliate marketing links and referral revenue.

Referly made it into Y Combinator, perhaps because of Morrill’s reputation as the editor of Seattle 2.0 and the tireless first employee at Twilio. However, it ultimately failed to resonate with customers and/or rise above the abundant competition, so the founders made the decision to shutter the company.

Only one member of the original Referly team stayed on to help build Mattermark. Andy Sparks, a data analyst and researcher, came on board when Referly acqui-hired his startup, LaunchGram.

In June, Morrill and team secured funding from Silicon Valley venture firms NEA and Andreessen Horowitz (the final sum has not been disclosed) to launch Mattermark.

Morrill is hoping that Mattermark’s magic touch is its emphasis on content delivery.

In the height of developing Referly, Morrill would boost the website’s profile by producing intricate and highly visual lists of startup financings and publishing startup news, occasionally in advance of the major tech blogs.

She has continued to devote time to startup news and analysis to generate buzz in the investment community. For instance, at Y Combinator’s demo day this week, Morrill sent Mattermark subscribers a “cheat sheet” with much-needed data about the startups presenting. I noticed about a dozen or so investors checking if their favorite startups correlated with Mattermark’s picks.

The democratization of venture capital?

Morrill is still grappling with how to strike a balance between making this data publicly available and keeping it under lock and key for paying customers only.

Some of the insights on private company performance are available for free in the weekly newsletter, which anyone can sign up for via the company’s website. Eagle-eyed readers will have noticed that VentureBeat recently used this data for stories on the fastest growing hardware startups and mobile apps.

However, the bulk of the data is for paying customers, and Mattermark charges $500 per month for a subscription. The first month is available free of charge. Members can also request one-off custom reports, for instance, a list of 20 startups on the rise in Canada.

Customers include the usual suspects: angel investors, private equity, startup accelerator programs, and venture capital firms as well as small family offices and high net-worth types who are keen to start investing in tech. Morrill declined to disclose any specific information about existing and potential customers.

In the future, newspapers, blogs, and other media outlets may also potential customers for Mattermark.

In hushed tones, Morrill, who keeps a personal blog and often writes about startup trends, tells me she is sitting on a treasure trove of unreported stories. She hints at several superhot startups that are failing to resonate with consumers, companies on the brink of an IPO, and more.

My excitement is palpable, but Morrill is thinking like a business woman, not a journalist. She reminds me that Mattermark relies on web traffic and that its store of information is worth paying for.

Morrill is positioning Mattermark as an independent middleman that sits somewhere between entrepreneurs, investors, and the media and which can be useful to all three groups. She stresses that she’s not beholden to her investors and at one point in our conversation suggests that she would evaluate how boards and venture partners are performing.

Venture capital: An industry in flux

Several months ago, I noticed that Mattermark had become a topic of heated conversations among venture capitalists. The company and its content are a challenge to the investor community in many ways.

Armed with Mattermark’s info, investors can make far more informed decisions and won’t need to rely on instinct. As we reported in November, the industry is shifting, with the younger breed of venture capital firms using quantitative analysis tools and building algorithms in-house.

These new venture firms aren’t as reliant on the home run hits in their portfolio, which balance out the failures (about 75 percent of venture-backed companies fail, according to recent estimates). Instead, the next generation of investors are betting that the vast majority of the startups in their portfolio will produce modest returns.

“Algorithms will be the heart and soul of due diligence — it’s not just a sanity-check mechanism,” said Matt Oguz, the managing partner of one of these new investment firms, Palo Alto Venture Science. “It’s the only way to cut through human bias.”

Moreover, firms like 500Startups are already turning the venture model on its head by investing small dollar sums into startups all over the world. Meanwhile, Angellist is providing less experienced investors with a wealth of information about private companies, recently introducing a partnership that lets accredited investors fund startups for as little as $1,000.

For new investors, Mattermark and Dashboard.io aim to be a check on a startup’s performance. Both companies are also experimenting with their notifications system. Based on an investors’ specifications, they may be able to alert customers to a hot opportunity.

One of Morrill’s favorite examples is Instagram, a startup that was acquired by Facebook for a cool $1 billion, making its investors extremely rich. Back in Instagram’s early days in 2010-11, before the founders raised any significant funding, the photo-sharing app was growing its Twitter following at a double-digit percentage each month.

“It would have been a great signal that consumers were hooked, [and] the reality is that we could have identified it,” says Morrill.

On the enterprise or business to business side, signals are weaker, and signs of traction are harder to identify. However, Mattermark has found that tracking sales support materials (videos, whitepapers, and other documentation) is a signal and makes it easier to view traffic as an exhaust of the sales process.

Through this method, Mattermark listed cloud hosting startup Digital Ocean as its top pick for a pre-Series A company. The company raised a healthy round a few months later, mainly because of its success with developers.

Morrill has a broad vision for Mattermark, which goes far beyond selling data to venture firms. It involves bringing much-needed transparency and driving up the quality of startups in the tech sector.

In Twilio’s first years, Morrill reached out to a tiny startup, Zendesk, which was developing customer support software. Twilio became a Zendesk customer, and Zendesk would later unveil a Twilio integration, called “Zendesk voice.” This relationship has proved mutually beneficial over the years, particularly as both companies have experienced rapid growth.

In future, companies can use Mattermark to make strategic decisions about their first set of partnerships and customers.

“Imagine that you started selling your product to a startup like Twilio when we were just eight people in a garage. Today, you’d have a loyal customer with hundreds of employees,” Morrill explains. Using Mattermark’s data, companies can reach out to hot startups early in their cycle, offer their products for free or at a discounted rate, and reap the benefits as the company grows.

It’s not a new idea — technology behemoths like Google and Rackspace have hired developer evangelists, and plenty of companies give away their products to early-stage startups. However, Mattermark will help sales teams pinpoint the startups with the highest likelihood of success, so it won’t feel like a shot in the dark.

This is just one of Morrill’s big ideas for Mattermark. She also hopes that fast-growing startups will find themselves in a more powerful position with far more investors to choose from.

“People want to map investments and fund hot startups,” said Morrill. “Why should venture capitalists be the only ones to do that?”