GamesBeat: With two new consoles coming, do you have a new favorite platform, anything you want to hit next?

Kirk: We’ve been lucky enough, with our pinball game, to learn how to publish our games across this whole myriad of digital channels. Zen publishes pinball everywhere. We have another game alled Castle Storm that’s on PC now through Steam as well as XBLA. For us, we want to have our games everywhere and let everybody enjoy them, no matter what device they’re on.

We’re working on stuff for next-gen consoles. We haven’t officially announced any titles, but I think you’ve seen our logos on both parties’ presentations. We’re a staple digital developer-publisher hybrid or whatever you’re going to call us indies nowadays.

GamesBeat: It’s more of a digital story on either one of these consoles now. 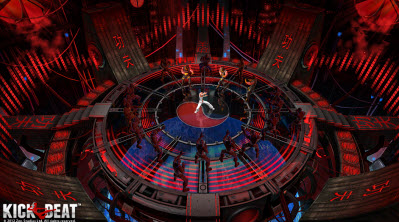 GamesBeat: Does that make you excited for the indie community nowadays? Could there be good things to come for indies in general?

Kirk: Yeah. The indies are one of the differentiating factors now. Microsoft and Sony are both putting their offerings forward to attract indies. Clearly it’s a pivotal point for the industry now. We have some big triple-As, and let’s face it, we all need them to help sell hardware. Those are going to attract the masses. But after that it’s what indie experiences you have, the diversity of games you can offer.

GamesBeat: What about Android and iOS? Are those interesting to you?

Kirk: Pinball is already on iOS and Android. We’re bringing our other games there as well. Mobile is more of a challenge as far as getting the business model right. It’s not just a matter of “sell the game and you’re done.” We have to look at it as a service, with free-to-play models and virtual currencies and cross-promotion. It’s the wild west out there. We enjoy some mobile experiences, and we need to be more mobile-minded to be successful there.

GamesBeat: Vita is very interesting, but it also seems like the smallest platform you’ve hit so far. How do you feel about that side of it?

Kirk: We’re not worried. Like I said, we don’t need to sell at a high level of units to be successful. We’re big fans of buttons on our mobile game platforms. The Vita does that. We like some depth to our games. We’re all gamers at the company, very hardcore. Vita does have the smaller installed base. But it’s a platform that has a lot of connective tissue linking it to PS3 and PS4. Sony is supporting it in a big way. We had the price drop, and we have a ton of games like Minecraft coming. Those are good moves. I think we’ll see Vita sales take an uptick.

GamesBeat: Do you still see a difference between the openness of things like Android and iOS versus the more curated platforms from the console guys?

Kirk: Sure. You really have to know what you’re doing on Android or iOS if you’re going to get any level of visibility or promotion, whether it’s from the press or getting featured. With iOS it’s a crapshoot. You don’t know what Apple’s going to promote. Android, there’s a little bit more as far as people you can contact. They’ll actually return your calls or e-mails and give an indication of what they’re looking for. But with the amount of apps that come out every day, you have to do something different to stand out.

Sony is more curated on all their platforms. They know their quality partners. It’s easier to align yourself with them and their goals and understand what they’re looking for. That’s key for a small developer. 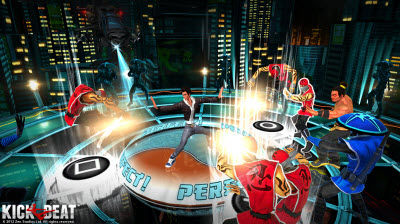 GamesBeat: The number of platforms is pretty rapidly multiplying. At some point, what’s your thinking as far as, “We’ll publish on these, but we can’t do the rest?” Where do you draw your line?

Kirk: That’s what we’re facing today. We’ve published our pinball game now on 13 or 14 digital channels. I don’t know of any other game across that many. We certainly have numbers telling us where we’re most successful. It’s a huge range, from XBLA to PC to 3DS and wherever. Like you say, where do you draw that line?

It is unreasonable to assume that we can support them all on a long-term basis. That’s where first parties have to be able to move hardware. They have to create a good market for selling games, or it’s just not worth it. We can easily look at all the gaming devices today and understand which ones are failing. Short of saying it – as an indie developer, I don’t like to bite the hands that feed me — there are definitely some where we’ve decided that it’s probably the end of the road.

GamesBeat: How do you sort out the trends and the fads? You look at the mobile messaging network Kakao in Korea. Any developer in the world should maybe be thinking about making a Kakao game. Is it a fad?

Kirk: We’re going to that event in South Korea in November, G-Star. Asia has our attention right now — China, Japan, Korea, Singapore. That’s totally a mobile market. They didn’t ever have a console generation. Mobile is a huge market over there. So we’re going to be doing some very specialized things for the Asian market. Even if you localize down to the smallest detail, they’re not necessarily going to embrace a western flavor of game. We have to build experiences from the ground up for that kind of culture. If you’re going to be successful globally, you can’t ignore it.