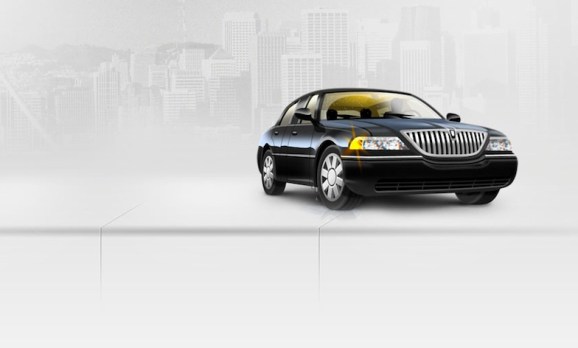 Ride-sharing application Uber is plotting a global expansion -- but it won't be easy!

Uber published a blog post this afternoon confirming its latest, multimillion dollar round of funding today, but quickly removed the entry.

The car service filed its round with the SEC in Delaware yesterday. At the time, it looked like the company had raised over $300 million, but today Uber says the round topped at $258 million — still a ton of money. The filing also suggested that Uber, despite regulation issues in the U.S., was valued at $3.5 billion.

You can check out the blog post, as spotted by TechCrunch, in full at the bottom of this page. We have reached out to Uber for comment on why it removed the blog post and will update this story when we hear back.

TPG and Google Ventures were both involved in the round, and Uber will receive a new board member from each company. In the blog post, chief executive Travis Kalanick further explained that Uber will use the funding to expand into more markets and “fight off protectionist, anticompetitive efforts.” It is currently available in 35 different markets worldwide.

The “fighting off the anticompetitors” is a reference to the number of regulation battles Uber has faced and continues to deal with in cities such as New York, Washington, D.C., and San Francisco. In July, a group of cabbies took to San Francisco’s City Hall to complain about Uber, calling its drivers “road bandits.”

Kalanick wants to use the new relationship with Google to help fight some of these battles. The company’s chief legal officer, David Drummond, is now on Uber’s board and will be able to provide guidance on these issues. Google also has a number of vehicle-related projects that Uber could benefit from in terms of partnerships or expertise.

Why the blog post was taken down, we don’t know, but check out the text as grabbed by TechCrunch below:

As many of you have seen in the press today, Uber recently closed a financing round. We wanted to put out the official word to make sure the facts were clear and confirmed. This round is $258 million with proceeds to be used to expand into new markets, begin marketing efforts, and fight off protectionist, anti-competitive efforts.

The financing was led by Google Ventures with TPG Growth participating. David Drummond, Google’s SVP of Corporate Development and Chief Legal Officer will be joining the Uber board. David Bonderman, founding partner of TPG, will also be joining the board.

The numbers on this financing are fairly substantial. It is a reflection of our growth to date and continuing success. But with this new investment, expectations naturally increase and there is a new standard of excellence and accomplishment that we seek to live up to. Our vision is to build a technology company that changes transportation and logistics in urban centers around the world and this financing gives us the fuel to make that a reality.

We couldn’t be more excited to embark on the next phase of our journey with our new partners, both truly great in their respective industries. I like to talk about this combination of investors as “Bits and Atoms.”

On one end we have Google, a technology powerhouse, with billions of users on an incredibly complementary product suite ranging from Google Maps to Android to self-driving vehicles. We look to Google for the strategic connectivity to their product initiatives alongside the expertise that comes with evangelizing new technology with governments and regulatory bodies around the world.

David Drummond is our partner at Google who will help us navigate the company and provide strategic advice as our regulatory efforts follow our launches across Europe and Asia.

With TPG, we have partnered up with one of the most prolific private equity firms in the world. Why does that matter? How are they different than any of the traditional venture capital firms? It’s really simple: TPG owns and operates companies. The Uber deal is obviously very different, but their deep rolodex of operations executives and their regulatory know-how in highly regulated, “atoms”-based industries in the farthest corners of the globe is where TPG shines. David Bonderman’s vision and relationships will be invaluable to Uber as we become a global brand.

So that’s the news. I hope this clarifies what Uber is looking to do with this new funding, and sheds some light on the groundbreaking investment partnership we’ve put together for Uber’s next phase of growth.