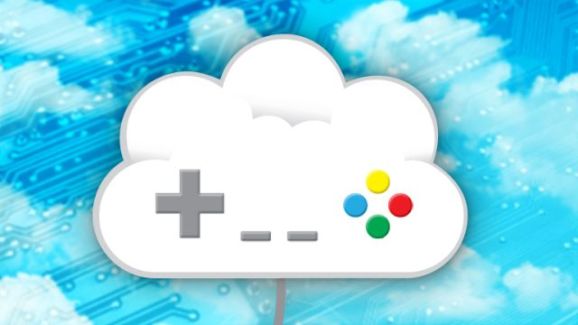 This sponsored post is produced by FC Business Intelligence.

The PlayStation 4 and Xbox One launch raise questions around the creation of brand universes, increasing the life cycle of games, and improving downloadable content. While there is no doubt that next-gen consoles will play a central role in the industry over the next decade, the potential of digital gaming to improve downloadable content and help expand game universes can no longer be ignored.

The potential of the cloud to deliver deeper, richer environments, delivered in ways that players most want – whether integrated in consoles or not – looks set to explode.

The holy grail for cloud gaming has been an always online, streaming service where the consumer no longer requires physical hardware to enjoy the games they love. We recently caught-up with Unity CEO David Helgason – a keynote presenter at the Cloud Gaming USA conference (Oct. 7-Oct. 8 in San Francisco) – to discuss the evolution of games on the cloud. You can find full conference details here.

What are your thoughts on the evolution of cloud gaming so far?

David Helgason: I’ve been really excited by cloud gaming since it popped out in about 2009. A lot of the industry wondered if it would work, but I was one of the people who believed it would work. I’m not sure that makes me smart or not, because it hasn’t really taken off, at least in its full form, where the game is all run on a server.

There are a few reasons why it hasn’t taken off in the full sense. I think we underestimated the speed by which chips would get better, in phones and tablets in particular. The devices we have in our pockets are plenty powerful enough to play the games. Most people are happy either with their mobile devices or are hardcore gamers already, and they have their consoles. There was probably a miscalculation of the evolution of bandwidth versus chips. The chips got faster more quickly than the bandwidth did. And then when the bandwidth got better, people wanted four times as much.

What sort of business models are emerging around the cloud?

Helgason: There are lots of situations where it really makes a lot of sense. It seems to me full-on cloud gaming is going to happen for certain situations: certain game genres, certain types of gamers, on certain devices. For example, people who are not self-identified gamers on devices that are not really game-capable, like a low-end smart TV or a TV with a set-top box, could be good targets.

They are people who will not spend extra money to get specialized game devices, but still want to play games. That seems to be a category where it would make sense.

In China, there are a few companies, like Cyber Cloud and Cloud Union, doing interesting things. If they can get the monetization right, they should have something. And the good thing is that this isn’t very difficult. You just need a few people within a large population who are willing to do it. Then you’ve got a business going. The reason it might happen in China is that they have fewer PCs there, and smartphones are not very powerful. If these companies can place servers close enough to people, in local networks, they can offer something really fast, with low latency.

What sort of gaming will the cloud enable in the future?

Helgason: There are things that excite me that are less tactical in nature, that are around user experience. For example, players could be known to the devices and these could remember your preferences, and not only on one game but between games. I want that to happen because it will make my life more enjoyable! It will be better to set up and install games. It would know who I am and keep my status and maybe recommend other games that I might like. It’s sort of happening in different forms already. But it can only get better with a fuller cloud stream, and the clouding of gaming in general.

Helgason will further explore gaming on the cloud in a keynote presentation at the Cloud Gaming USA conference (Oct 7-Oct. 8 in San Francisco). David will be joined by North America’s top 10 publishers, including Sony, Microsoft, Ubisoft, Activision, T2, Capcom, Sega, Wargaming, Telltale, and many more as the biggest names in games come together to move the industry forward.

You can find the full agenda and speaker lineup here.

George Kiley, the Cloud Gaming USA conference, organizer, says: “This conference will provide invaluable insight and networking for all those involved in the future of games, new disruptive technologies, and capitalizing on the digital era.”