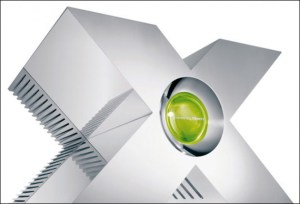 This meant that Ballmer had blind spots. There were times when Microsoft appeared to be stingy. At one point, it was cutting back on the staffing at the Xbox. At the same time, Sony was building an internal organization of game studios that had twice as many people as Microsoft did. Ballmer’s instincts were as a business person. He was not a product guy, like Bill Gates or Apple boss Steve Jobs.

“The only credit Ballmer can take is not killing it,” said another Xbox team member. Others are more generous: “Ballmer and Gates were one of the best business teams of all time, each complementing the other’s strengths and weaknesses,” said Fries. “They both deserve credit for building one of the most successful and profitable companies in the world.”

Other executives would have thrown in the towel after the financial disaster of the first Xbox. But Microsoft was printing money in other areas, and it stayed the course. It even stayed with it during the launch of the Xbox 360, when quality problems meant that as many as one out of every two systems sold were being returned.

Because Microsoft rushed the Xbox 360 to market, it ran into big setbacks at the outset. Bach made the decision to proceed with the launch in 2005 and go forward with production despite a number of manufacturing problems, as we noted in our 10,000-word story on that in 2009. Ballmer backed him up on that, and for a time, Microsoft clearly wasn’t doing the right thing for its customers. It eventually offered to replace the consoles for free and take a $1.1 billion write-off, but that was many months after continuous complaints from gamers. In that respect, Ballmer was as deaf to consumer complaints as anyone else running the business.

But in its final years, Xbox 360 grew faster than Nintendo’s Wii and Sony’s PlayStation 3. Now Microsoft is reaping billions in profits in games. It took more than a dozen years for that to happen, but Ballmer deserves credit for having the backbone to enter the market — or at least not jump out of it.

Along the way, there were amusing Ballmer stories. When former Sega executive Peter Moore (now COO at Electronic Arts) joined the company, Ballmer got so excited about the Xbox business that he was pounding a table with his fist, yelling “Xbox! Xbox! Xbox!” He accidentally hit a Polycom conference phone and broke it. Another time, when Blackley and Bachus were standing in line in the cafeteria, Ballmer came up behind them and shouted, “You’re going to make us a lot of money!”

Above: Microsoft’s Xbox One console

Microsoft has gone through huge changes in recent months. Mattrick always wanted to test the potential of the Xbox. He wanted to spin the division off as a separate company. But Ballmer as CEO wanted Microsoft to reap the rewards of an integrated Windows and Xbox company, fulfilling the long-held dream of a single operating system running across the office, home, mobile, and games. When the time for a reorganization happened, Ballmer chose to elevate Julie Larson-Green above Mattrick, putting a single leader in charge of Windows and Xbox. Mattrick left to take the CEO job at social-games publisher Zynga.

The reorg was consistent with the way that Microsoft designed the upcoming Xbox One: It has the Metro interface, it integrates other Microsoft products like Skype, and it has plenty of entertainment services beyond games. In other words, the Xbox One is about more than just games.

While readying the launch of its next-generation game console, Microsoft stumbled out of the gate with its announcements in May and June. Mattrick was behind many of the decisions that were unpopular: changing the way the way used games worked, requiring the console to be always connected to the Internet, and having vague privacy policies on the Kinect motion camera. After Mattrick left, Microsoft changed those policies. But the damage with gamers had been done. Sony now carries the flag on behalf of consumers and indie game developers, and Microsoft is trying to fix its reputation on those fronts.

Ballmer’s choice of Larson-Green raised a lot of eyebrows, as it meant a non-game executive would run…well, games. But Microsoft executives have always had varying degrees of experience on the gaming side. Some of the most successful — Ed Fries and Robbie Bach — had no game chops at the outset.

Ballmer will be on board for as much as a year, which means he’ll be around for the launch of the Xbox One this fall. That offers a reasonable degree of stability for Microsoft, its partners, and its customers. After that, we’ll see how Ballmer’s successor does. But one thing is clear. Even if there are many layers of management in between, the next CEO of Microsoft will have a profound impact on shaping the future of the Xbox platform and the games that we’ll enjoy in the future.