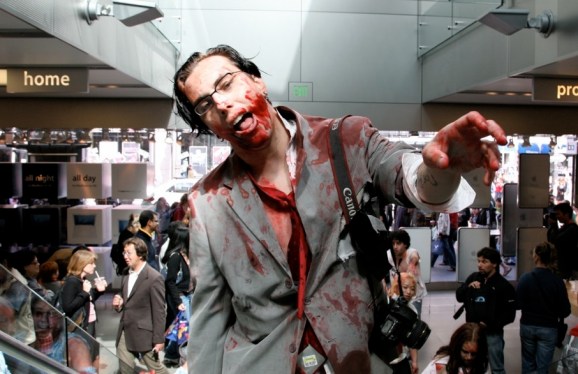 Sixty percent of the 617,436 apps on Apple’s app store have never been updated and have fewer than 10 reviews. Forty-one percent of the 484,271 apps on Google Play are in the same boat, and an astonishing 69 percent of Windows Phone apps are essentially sitting by the phone, lonely, waiting for the call that will never come.

This is how developers’ dreams are dashed.

In total, half of all apps will never be updated, a clear signal that they have not managed to reach a significant level of use — or a significant level of return on investment. In addition, most applications will get the vast majority of reviews — and downloads, presumably — within about two weeks. The average iOS app gets 80 percent of its reviews in the first 18 days of its public life, and this is even quicker for Android and Windows Phone: 16 days and 13 days.

In fact, 68 percent of all Google Play apps are downloaded fewer than 5,000 times — a death knell for any monetization attempts.

The staggering odds have not deterred developers, however. On average, 2,371 new apps are published each and every day.

“This can be explained by a common practice of Android developers who publish an update in order to position their applications into the top ranking,” StarDust said in a statement. “It also can be due to the fragmentation of the platform that requires more maintenance and regular patches.”

Another factor, almost certainly, is Apple must vet that iOS updates, adding days or weeks to the update process. This is probably why the average update cycle for apps with at least 10 versions is over two months on iOS but just a month and a half on Android. Windows Phone is the fastest-updating, at just over a month.

StarDust’s numbers on applications for each app store are lower than self-reported numbers as well as data from alternative sources. For example, Apple said back in June that 900,000 apps had been published on the iOS app store, while Google Play likely hit a million apps last month. I’ve asked the company for an explanation, but it is likely due to the subtraction of expired apps, which have not been updated to current operating systems, or have aged off the app store due to lapsed developer status, and so forth.

While Apple’s app store is still the revenue king, with half of all apps paid compared to 32 percent for Android, Google Play is still likely growing revenue twice as fast.