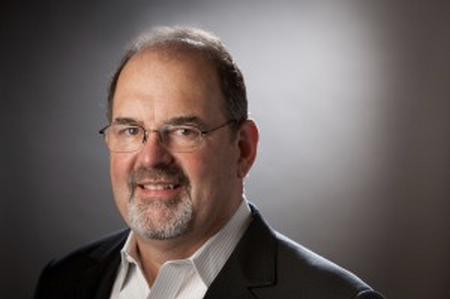 In the role, Scott will manage VMware’s global information technology organization. It comes at at time when VMware, a leader in selling virtual server technology to large companies, is facing a significant threat from Amazon and has yet to define a convincing strategy to counter it.

Scott will also carry the senior vice president title, according to a post by VMware today about the announcement.

In June, Scott left his position as CIO of Microsoft, saying he’d left for personal reasons. Prior to Microsoft, Scott was CIO of the Walt Disney Co., and chief technology officer at General Motors.

Scott will be leading a technical team for VMware that helps meet the IT needs of more than 500,000 customers worldwide.

Increasingly, however, many of those customers are accelerating experimentation with Amazon’s public cloud, in order to boost efficiency and save money. In particular, they’re doing this when running SaaS applications that don’t need the full security offered by legacy enterprise data centers that VMware supplies.

Indeed, one of the biggest trends among CIOs of large companies is to launch Amazon or other competing “public” clouds, including from Microsoft and Rackspace as a part of a so-called “hybrid” strategy, where public clouds run alongside a company’s existing datacenter investments.

The move to the hybrid cloud will be one of the hottest topics debated at our CloudBeat event Sept 9-10 in San Francisco, where we’ll have representatives from VMware, Amazon and most of the other big cloud players talking about real cases of customer adoption. The debate will also focus on the wider integration story, including the PaaS and SaaS levels of the stack.

Critics say VMware has been slow to make good on a strategy that offers its customers an easy way to do this. They say VMware has been too focused on downplaying the significance of Amazon and trying to do it all itself, and that this may be a self-defeating strategy.

VMware is holding its VMworld event this week.