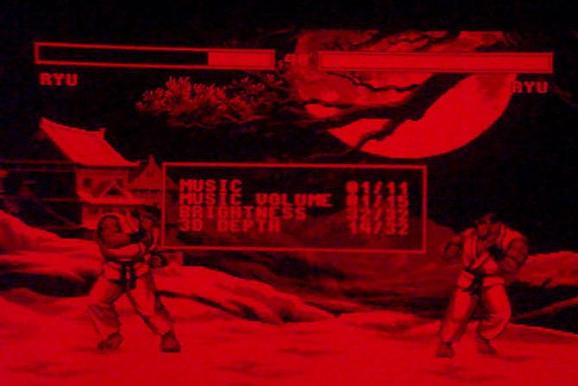 The Virtual Boy is probably Nintendo’s biggest failure. That’s probably because it wasn’t very portable and hurt your neck to actually use, but it also didn’t have very many good games.

A couple of homebrew developers rectified that. They were able to port the classic fighting game to the 3D system, which they released online in a playable form. It features four characters and four stages. You can check it out in action in the video below:

This homebrew hack only works with a special cartridge called the Flash Boy that enables Virtual Boy owners to play unlicensed software on the device. It doesn’t work on any Virtual Boy emulator. If you have the ancient 3D console, a Flash Boy, and a desire to fight in the all-red streets as Ryu, then you can get the ROM here.

The Virtual Boy was Nintendo’s first attempt at a 3D portable device. It was a big visor that covered the player’s face and only produced graphics in the color red. The system failed miserably.