Last month when BitTorrent Sync for Android launched, I called it “cloud without risk.” Today, BitTorrent announced that it is bringing the same privacy and encryption to  iOS this week, with free and unlimited Dropbox-style syncing.

In other words, it’s also cloud without cost.

“Sync makes moving big files between devices simple. Use it to remotely backup photos from your iPhone to your laptop. Use it to send work projects to your iPad at home,” BitTorrent posted this morning. “By the way, Sync as much as you want: there are no size caps or secret pricing tiers.” 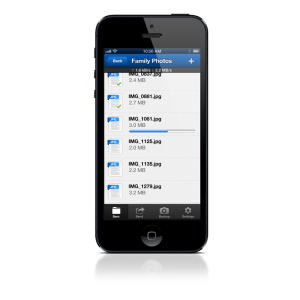 BitTorrent, which has been better-known for file-sharing and piracy, at least in certain copyright-happy circles, has been innovating tremendously lately to become a platform for sharing — with others, and between your own devices. It has over 170 million users and is responsible for a significant fraction of all worldwide bandwidth, 3.35 percent.

Its latest innovation, Sync, makes your data available on all your devices without relying on servers, which BitTorrent says are “vulnerable to hacks and prying eyes.” That’s code for acknowledging that in an era of Prism and XKeyscore, no data on a private or public company’s servers is safe from government access. So BitTorrent Sync provides the benefits of cloud — ubiquitous access to data and files — without the risks of cloud.

That message is finding a market, the company’s director of communications Christian Averill told VentureBeat:

“It’s proven quite popular during the alpha phases and early beta stages, particularly given current concerns about privacy and security.”