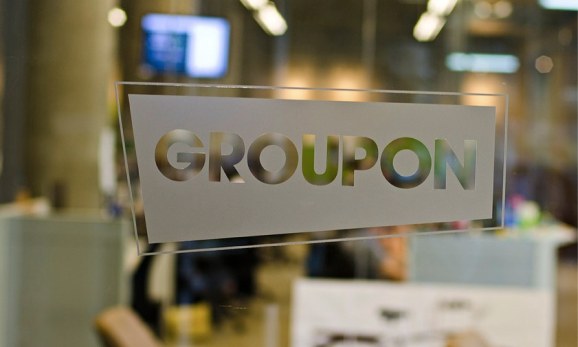 Groupon’s history is riddled with surges and falls, missteps and pivots, expansion and retraction, and of course, the sordid saga of a delusional CEO who was ousted from his leadership role and is now pursuing a music career.

Groupon lost 75 percent of its value under former CEO Andrew Mason. Ever since Mason left and cofounder Eric Lefkofsky took over as interim chief executive, Groupon’s stock has been doing considerably better. The Wall Street Journal reported today that Groupon is planning a network of North American warehouses for its physical goods business, Groupon Goods. This portion of the business is actually doing well, and Lefkofsky said that bringing shipping in house will improve the company’s margins.

Groupon started out as a daily deals site. This model was trendy and popular for a while, but then consumers began losing interest. Daily deals competitor Living Social began to struggle as well, losing $650 million in 2012. Groupon started selling discounted products in 2011 to bolster its revenue with something less faddish, and Goods now makes up almost 40 percent of its sales. The shift towards selling straightforward goods puts Groupon in competition with other discount retailers like Amazon and Costco. However, selling discounted goods is a notoriously low-margin business and a tough way to make big profits. Consolidating the supply chain will, in theory, save Groupon money and help it deliver products to consumers faster.

Lefkofsky assumed the position of CEO in February after Mason’s departure. This was initially a temporary role, but after Groupon beat expectations and its stock surged in the first two quarters of this year, Lefkofsky has officially claimed the position. He is presented with the enormous task of turning Groupon into a stable business that isn’t predicated on an e-commerce fad followed by fickle consumers. During the most recent earnings call, he said the company needed to build a marketplace that served merchants as well as consumers.

A majority of commerce still happens offline, and retailers selling online compete fiercely to capture customers with low-to-none shipping costs, free returns, and same-day delivery. Same-day delivery has become a battlefield for giants like eBay, Walmart, Amazon, Target, and even Google that are all searching for ways to get their products to consumers faster. For Groupon to compete with the big dogs, it will need to offer comparable service, particularly with Goods making up a core part of the business.

Groupon is not relying on goods alone, though. It recently acquired two startups — Glassmap and Plumfare — to serve more targeted, relevant deals to customers. Groupon also launched a Groupon Reserve product this summer that lets you book tables at fancy restaurants for a discounted rate. Reserve will soon expand into high-end spas, hotels, and salons. At the time, Lefkofsky said this was part of an effort to push the company towards “upscale offers and exclusive experiences.” On the flip side, Goods is all about low cost items. The company seems to be taking that early-stage startup approach of throwing metaphorical spaghetti at the wall to see what sticks. Except in this case, it’s a public company with vast resources hurling the spaghetti.