Developer Splash Damage is working publisher Nexon to bring its new first-person shooter to gamers in North America, Europe, Australia, and New Zealand. The game is Extraction, and it puts in a series of competitive team battles in a devastated London. The title is due out in 2014.

Extraction is a team-based shooter that features fast-paced action and tactical mechanics. Splash Damage plans to introduce dozens of characters that each have unique abilities and serve different roles.

Prior to Extraction, Splash Damage worked on shooters Brink and Wolfenstein: Enemy Territory.

“We are inspired by the passion of the developers at Splash Damage and have immense respect for their expertise in multiplayer game development,” Nexon America chief executive Min Kim said. “Extraction’s refreshing blend of action and team-oriented strategy provides the depth PC shooter fans have been looking for. Through our partnership with Splash Damage, we hope to plant a massive win for online gamers.” 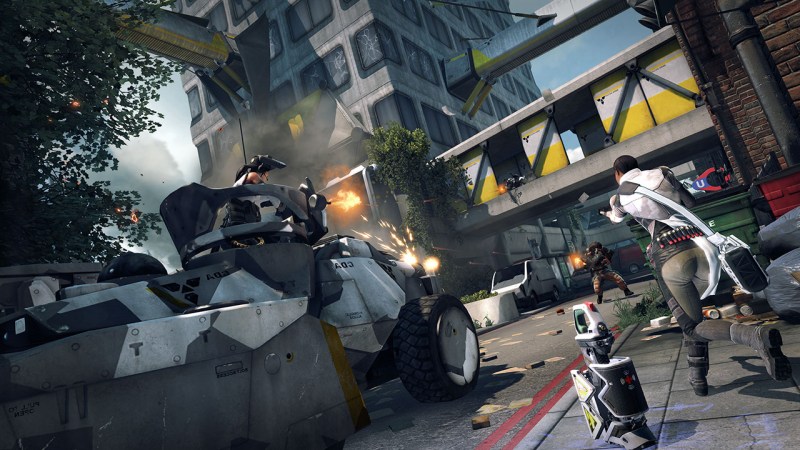 Splash Damage first debuted Extraction as Dirty Bomb in 2012. The studio announced the name change alongside revealing the new publisher.

“We spent a long time finding the right partner for us on Extraction,” Splash Damage chief executive Paul Wedgwood said. “Nexon America’s vast experience and the fact that they’re a true trailblazer in the F2P PC game arena ultimately made the decision super easy for us. Extraction is a title we love making and playing, and hope that the collaborative nature of the game delivers a dynamic and fun experience for players.”

Nexon is best known for publishing free-to-play titles like MapleStory and Vindictus.