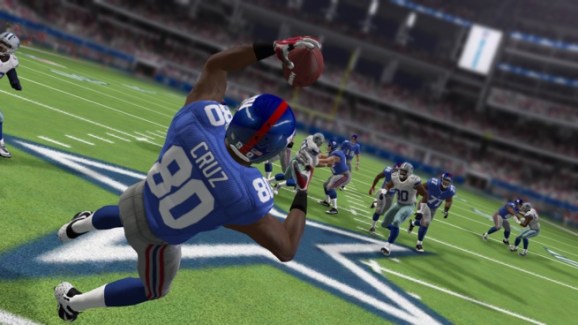 Last week at the Gamescom conference in Cologne, Germany, Electronic Arts chief operating officer Peter Moore said that the publisher no longer makes offline games. In a blog post on EA’s website, the executive is clarifying that position.

Moore says that while it is a “fact” that EA doesn’t make offline games, it won’t require players to have a connection for single-player modes.

“Today, most games are ‘online’ in some way, shape, or form,” wrote Moore. “Many games connect in online multiplayer modes; others include online services which allow for periodic content updates, sharing stats and achievements, or connecting with friends; and others are games downloaded through digital delivery methods like Origin or the App Store. The reality is, the Internet and social connectivity touches every one of our titles today – and has for several years.”

But Moore says this does not mean that Electronic Arts will require an Internet connection for all of its games.

“Many, if not most, of our games include single-player, offline modes that you can play entirely without an Internet connection, if you so choose,” wrote Moore. “We know that’s something many of our players want, and we will continue to deliver it.”

EA came under fire from fans following the release of the latest SimCity game, which required an Internet connection even for players who were playing alone. The publisher has since come out to confirm that The Sims 4, a spinoff of the SimCity series, won’t have the same always-online prerequisite.

Moore also confirmed that it won’t implement free-to-play modes into all of its future games.

“Many of our most popular franchises for PCs and mobile — including Battlefield, Need for Speed, FIFA, Star Wars: The Old Republic, Plants vs. Zombies, and now Madden NFL — already offer free-to-play experiences,” said Moore. “Command & Conquer is another exciting new free-to-play game coming online later this year. However, not all of EA’s games will offer a free-to-play mode. We will continue to explore new free-to-play experiences for our franchises when we believe there is gamer interest and a cool new game we can build. But of course we will continue to deliver award-winning core gaming experiences on all of these franchises.”

EA just released developer PopCap’s Plants vs. Zombies 2 for iOS. The original debuted as a premium $20 game for PC, but the sequel is free-to-play with microtransactions.