With the Moto X, Google and Motorola are showing that “Assembled in America” can also mean “Assembled cheaply in America.”

According to a preliminary report from analysis firm IHS, the components used the build the Moto X total $214, which combined with an estimated $12 assembly cost means it costs Motorola $226 to put it all together.

This, as IHS says, means that the premium attached to “onshoring” the Moto X — estimated at $3 to $4 —  is pretty low.  According to previous reports from IHS, the Galaxy S IV costs Samsung $8.50 to assemble, and Apple spends $8.00 each time it manufactures an iPhone 5.  (IHS estimates that the Moto X’s  total manufacturing cost is 9 percent more than the iPhone 5 but about 5 percent less than the Galaxy S4.)

But while Google is spending a bit more to make the Moto X in the U.S., doing so is what ultimately allows the company to offer consumers their own custom versions of the phone — one of its biggest selling points. 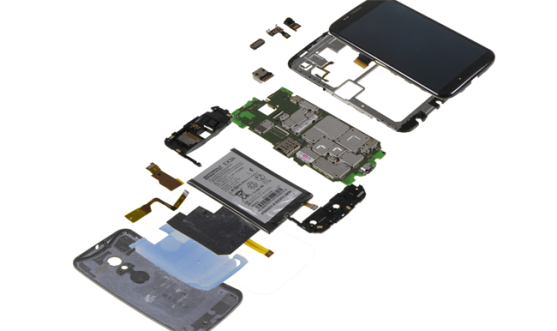 IHS also points out that there isn’t much new or impressive with the Moto X’s components, which are largely mid-range and present in many other existing phones.

This is all a good thing. By keeping costs low and offering the device for $579, Motorola stands to make some significant profit if the Moto X ends up selling well (assuming the company isn’t losing an inordinate amount of money elsewhere).

Considering that Google spent $1.5 billion on Motorola in the hopes that the company would eventually become a moneymaker, that profit margin is a big deal. If things go right, the Moto X could be the first step in making that happen.