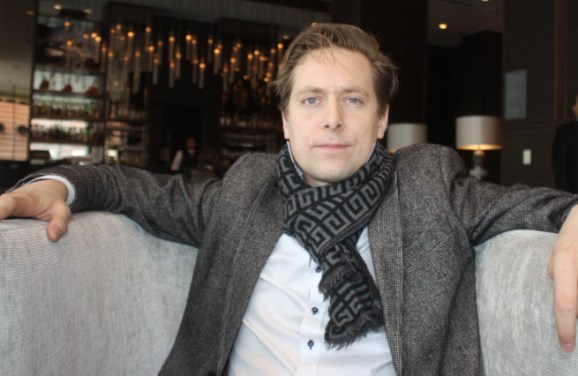 Unity Technologies is trying to turn itself into the lingua franca of game development by introducing Unity Cloud, a suite of online services designed to help mobile-game developers acquire new players, promote their games, and monetize their products.

The San Francisco-based company also said it has started a publishing program to showcase the best mobile titles authored with Unity’s products. The first few in that program are Roadhouse Interactive’s fast-paced FRS SkiCross and Black Tower’s action role-playing game Archangel. Unity also released tools to expand from its established 3D game engine to a new 2D version so that it can reach more casual gamers who like simpler two-dimensional art styles.

All of these moves — announced at the company’s Unite development event in Vancouver — show that Unity now wants to be much more involved and influential in the games business. It’s looking to become more of a kingmaker, not content just to provide the Unity 3D game engine to create software. Unity already claims a community of more than 2 million developers, from hobbyists to large publishers.

It’s also picking games to publish and providing services that developers will use to make money. But the company says that its products and services are aimed at leveling the playing field for small developers, allowing their creativity to determine their success in the market, not their size.

“Unity has spent the last 10 years focused on creating the best software development platform on the market and building an incredible community,” said David Helgason, CEO, Unity Technologies, in a statement. “Keeping to this tradition, we’re pleased to offer developers Unity Cloud. We’re already working with many of the world’s largest publishers and well-known indie developers, and thus Unity Cloud represents millions of dollars of revenue flowing to Unity developers, which is something that makes everyone at the company very, very happy.”

Many developers have been taking on online distribution, something that was not previously a part of their trade. Unity Cloud offers help with analytics, marketing, and monetization capabilities that the company says are easy to implement. Unity will do the heavy lifting for the developers, such as integrated options to run advertising, full-screen interstitial ads in mobile games, and install exchanges with other Unity developers.

The company moved into these areas because a survey of 22,000 respondents showed that two-thirds of mobile-game developers wanted Unity to do so. The new features will bring Unity into competition with a variety of middlemen services, from Chartboost to Flurry. It will be interesting to see how this all shakes out.

Under the new Unity publishing program (previously known as Union), Unity will focus on “mobile first” games that take advantage of key hardware features and engagement styles. The Unity Games portfolio will target a wide range of consumers, genres, and art styles. The aim is to showcase the talent and creativity of developers.

“We’ve worked hard over the years to create a technological canvas that allows developers of all sizes to realize their wildest creative visions,” said Helgason. “Now, thanks to our unique combination of developer trust, technological leadership, newly announced Unity Cloud services, and strong relationships with key distribution partners, Unity Games is in an awesome and unique position to make a hugely positive impact on the lives of game developers.”

Meanwhile, the 2D tools will help Unity explore somewhat new territory. Most of its history has been in improving its 3D game engine, with better graphics that bring online or mobile games closer to their console brethren. But the expansion into 2D with the release of the Unity 4.3 update acknowledges the popularity of this art style in mobile.

“We want to be relentless in the improvement of Unity and its usefulness to all developers,” said Helgason. “Unity can and has been used for the development of many amazing 2D projects, but we knew that it could be better. So we are taking a leap forward by introducing fundamental tools to make Unity a truly great 2D engine.”