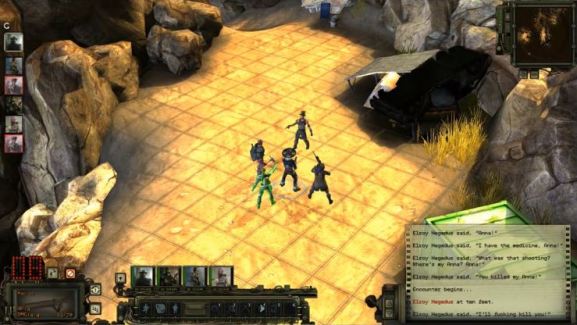 Developer InXile Entertainment is nearing the end of development of its Kickstarter-backed game Wasteland 2. Now, the studio is showing off parts of it in action in a long video walkthrough of the Prison level.

Wasteland 2 director Chris Keenan posted an 18 minute-long clip to YouTube so that Wasteland 2’s backers could get an update on the state of the PC role-playing game. Keenan claims that his team is currently running through the campaign in preparation for “feature complete,” which is the point in production where a piece of software has all of its intended functionality but isn’t yet finished.

The director put together the demo showing off Prison, which he says is Wasteland 2’s “fourth or fifth level.” Check it out below:

InXile plans to release Wasteland 2 later this year. The game is a sequel to 1988 PC RPG Wasteland from developer Interplay. InXile took the idea to Kickstarter and asked fans to fund the game for $900,000. By the end of the crowdfunding campaign, 61,290 backers contributed $2,933,252. The title is available for preorder from InXile’s store.