Foursquare’s close relationship with Microsoft could soon get a whole lot closer.

Bloomberg reports that Microsoft is in “advanced talks” to invest in Foursquare, a company that’s seen its share of up and downs over the past year.

For Microsoft — and also Yahoo, which was also recently rumored to be in talks with Foursquare — the interest in the company is the result of a few things. One, of course, is data: Foursquare is sitting on four billion check-ins, thousands of venue listings, and many other valuable tidbits gleaned from its 35 million users.

Another component is advertising. Foursquare recently opened up its self-serve ad platform to small businesses, enabling them to advertise their locations directly to Foursquare users. All of that could be a big moneymaker for the company if it plays it right.

And then there’s Foursquare’s venue listings, arguably its bread-and-butter and exactly what Microsoft’s own Bing Maps needs right now. Take a gander at how Bing’s Yelp-powered listings look today. It’s not pretty. 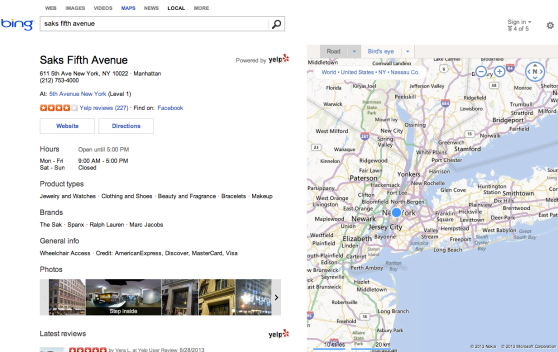 Now, compare that listing to the same one on Foursquare: 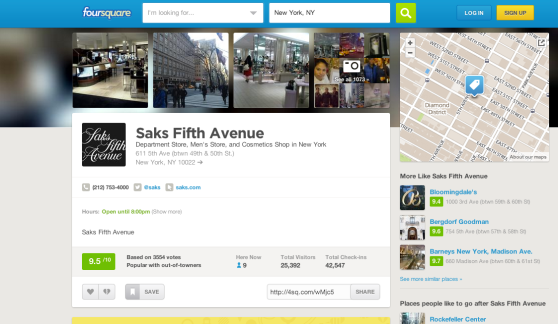 Frankly, there’s just no comparison between the two pages, and I suspect that Microsoft knows it.

It’s also worth noting that Foursquare and Microsoft worked pretty closely on Foursquare’s apps for both Windows Phone 8 and Windows 8, so the companies likely have a pretty good relationship by this point.

Also, a bit of a history lesson: Microsoft also invested $240 million in Facebook back in 2007, a move that eventually led to Facebook using Bing to power its web search. A similar deal with Foursquare is, in that sense, pretty logical.