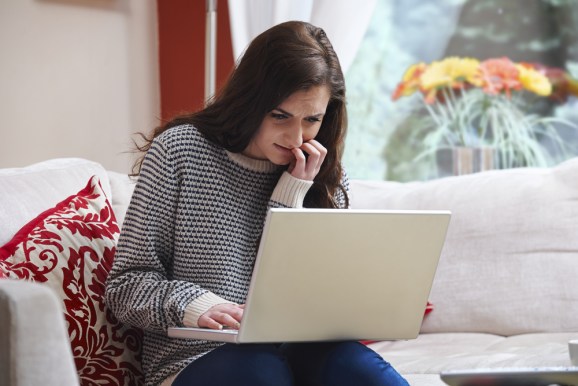 The Glendale Unified School District kicked this school year off with a program to track what its students are doing and saying online.

The district has hired social network monitoring service Geo Listening to tune into students’ social media activity and look out for things like cyberbullying, drug use, and suicidal tendencies. The idea is that advance awareness of these issues can prevent students from engaging in illegal activity or getting harmed.

Glendale is the third largest city in Los Angeles County. The program was first instituted after a 15-year-old student committed suicide by jumping from the roof of Crescenta Valley High School last year. The students’ parents sued the school district for turning a “blind eye” to bullying that they said led him to take his own life.

Glendale district superintendent Dr. Richard Sheehan told CBS Los Angeles that the purpose of the program is to “stay a step ahead of the kids” and keep them safe.

Schools can use this information to intervene and take concrete actions when students are in danger of harming themselves or others. This could mean enrolling students in anti-bullying programs, connecting them with professional counselors or therapists, or cluing families into what their kids are up to.

Glendale piloted the program in three schools last year. Geo Listening was able to identify a suicidal student, notify the school and the student’s family, and help them get help.

This year Geo Listening will analyze the posts of 13,000 students at eight middle and high schools. The program has stirred up some controversy. Many students are not happy about the idea of their school snooping around their social media activity, and people are using terms like “eavesdropping” or “spying” to describe the district’s efforts.

Geo Listening only monitors social media posts. This content has been made public by the students themselves, thus relinquishing the notion of privacy, and many teachers, administrators, parents, and even students have expressed appreciation that the school is taking measures at protecting its students.

Kids these days have grown up with the Internet. They are “digital natives” and generally more skilled at using social media than their parents. A survey from security company McAfee found that 70 percent of teens hide their online behavior from parents.

The Internet, with its powerful platforms for expression and communication, also has a darkside. The Cyberbullying Research Center found that over half of adolescents and teens have been bullied online and that 10 percent to 20 percent of them experience it regularly.  More than 1-in-3 young people have experienced cyberthreats, and more than half of young people do not tell their parents about it. On the flip side, about 50 percent of youth have engaged in cyberbullying themselves.

Cyber bullying victims are more likely to have low self esteem and consider suicide. Certainly, teens have a right to privacy, but social media is not private, and this “privacy” should not be so complete that it hides the dangerous behavior of minors. The key thing is to be open and upfront with students and their parents about any surveillance that goes on. Rather than an invasion of privacy, this represents a conscientious effort to adapt school policies to a new generation of students.

The greater concern is what will happen to this data down the road. Many of us posted things on the Internet in our youth that we wish we hadn’t. The idea of a company collecting and storing all this data,  that could potentially use or sell this data for other purposes, is alarming.

This discussion of security versus privacy is happening at a national level right now. Revelations about the U.S. government’s massive surveillance programs has the world buzzing about what degree of surveillance is necessary for national safety, and what represents an invasion of privacy and abuse of power. There are no easy answers, but $40,500 a year for a social media monitoring service is significantly less than the millions of dollars in lawsuits that schools are getting hit with for failing to protect their students from bullying.