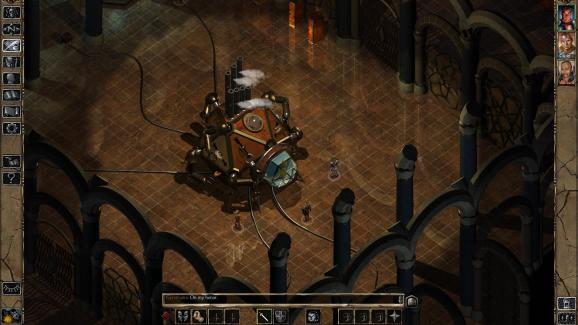 Developer Overhaul Games’s Baldur’s Gate II: Enhanced Edition is back on track, and fans can preorder it now.

Back in June, Overhaul and its parent company, Beamdog, ran into some contractual issues with publisher Atari, which owns the rights to the original Baldur’s Gate releases. That led to Beamdog removing Baldur’s Gate: Enhanced Edition from Apple’s App Store until it could smooth over its differences with Atari. Earlier this month, that happened, and the game is back on the App Store and is due out soon for Android.

The resolution of that dispute also means that Overhaul was able to put the sequel, Baldur’s Gate II: Enhanced Edition, back on a path for release. The game is due out Nov. 15 for PC and Mac. You can preorder it now for $25. Like its predecessor, Beamdog will also eventually release the game for iPad and Android.

Check out the latest gameplay trailer that shows the PC version in action:

The trailer and website still shows Atari as a publisher for Baldur’s Gate II: Enhanced Edition, which suggests that all companies involved in the June dispute were able to come to an amicable solution.