When there are two dominant computing architectures, with each of them generating billions of dollars in revenues for entire ecosystems of companies, is there any room for a third? That’s a relevant question today as Intel dominates the PC and server markets while ARM and its myriad licensees dominate mobile computing.

Amid these giants, there are some gnats. IBM is still creating gargantuan chips based on the Power architecture (formerly PowerPC) for high-end servers and supercomputers. Intel is still trying to get its Itanium 64-bit architecture a toehold in IBM’s territory. And Imagination Technologies made its play earlier this year by acquiring MIPS Technologies for $100 million. This week, I attended Imagination’s press conference at Stanford as well as the Hot Chips engineering conference at Stanford University, where architecture was a common point of discussion. 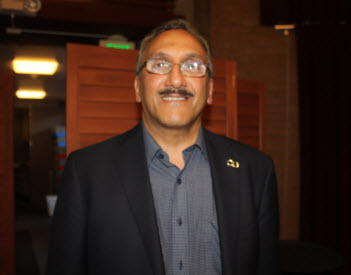 A computer architecture isn’t a chip itself, or even its blueprints. If you were building a skyscraper, the architecture would be the whole collection of specifications for the nails, windows, beams, and other materials that you could use to build that skyscraper. It sets the rules for what you can and can’t do in designing a specific chip. Intel’s architecture is x86, while ARM has a rival architecture. Intel has only one practical licensee for the x86 in Advanced Micro Devices. But ARM has many licensees, such as Broadcom, Apple, Samsung, Nvidia, Qualcomm, and others. A typical Qualcomm chip has one or two ARM “cores,” or minibrains, as one of its core components.

That creates the illusion of competition, but Hossein Yassaie, chief executive of Imagination Technologies, thinks that the duopoly of Intel and ARM is holding back growth and creativity in the electronics market. That’s why his company purchased MIPS, he said. A lot of people groaned when they heard that Imagination wanted to revive MIPS, which has a toehold in networking and home electronics.

“We didn’t acquire MIPS for the hell of it,” Yassaie said. “$100 million is a lot to spend on a company, and our aim is to cover all the markets for which the CPU [central processing unit] is relevant.”

For an architecture to survive, it must have support from chip makers, hardware vendors, and software makers. For years, Intel’s x86 thrived because it alone ran Windows software. Backward compatibility of that software drove x86 monopoly, until Microsoft recently decided to add ARM support in Windows. Yassaie said that the acquisition of MIPS by a more stable company took away the fear that ecosystem partners had, that MIPS might not be around 10 years from now.

“People feel confident,” he said. “There was a cloud over MIPS’s head, which has gone away. The system vendors are interested in seeing a balance in the industry. What Imagination brings to the party is stability.”

He added, “We have a near-monopoly situation in CPU architectures. I don’t know of any market where a monopoly lasts. … This message is about the rise and rise of MIPS.”

The issue is about control. If you’re Dell, you don’t feel like you’re in control of your destiny, particularly if Intel and Microsoft own the platform.

“It’s like there is only one Coca-Cola, and there is no Pepsi,” Yassaie said. “If there is no choice, you can be dictated to. If an ecosystem depends on one source, that one source can raise prices.”

Software compatibility might have held back new players in the past. But the Android operating system has provided an open, neutral platform that could equalize the playing field. No longer is it a big deal to switch architectures, if both can run Android software well, said Kevin Krewell, senior analyst at the Linley Group.

Yassaie looked a little annoyed to be getting so many questions about whether MIPS was relevant. After all, it shipped more than 700 million MIPS-based chips last year alone. Imagination’s technology was used in another 535 million chips last year. And to date, Imagination’s technology, especially its graphics components, have been used in more than 5 billion chips to date and they are used in 3 million more chips per day. Of course, next to ARM, Imagination and MIPS look puny. ARM’s intellectual property has shipped in more than 37 billion chips to date. Intel doesn’t ship as many chips, but the amount it gets per chip is a lot. So Intel generates $13 billion in revenue a quarter. 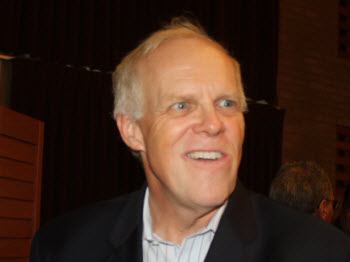 MIPS occupies some interesting turf. It has higher performance than ARM and better power efficiency — at least historically — than Intel. Intel dominates high-performance PC chips and servers, while ARM dominates power efficiency. But Yassaie sees some wide open turf that neither dominates yet: wearable computing. Inspired by Google Glass, wearable computers are proliferating. We’ll be seeing smart wrist watches, fitness step counters, connected jewelry, and self-driving cars. In this landscape, chips for wearable devices will be in everything, said Scott McGregor, the chief executive of Broadcom, in an interview with VentureBeat.

Yassaie thinks that ARM and Intel may get complacent and fail to go after new markets with gusto. He hopes that, in the long term, MIPS will grab 25 percent of the CPU market. To do that, MIPS will have to pioneer new markets. But it will also have to take share from ARM in mobile and Intel in servers.

It’s a topic that engineers love to talk about. Asked if there was any alternative to Intel or ARM, Bob Colwell, a research leader at the Defense Advanced Research Projects Agency. Colwell, who gave a keynote at Hot Chips, was the design chief on Intel’s Pentium II chip, but he hasn’t worked there for 13 years.

“For that kind of machine to exist, it would require someone at a high level at a company the size of Intel to say that there’s a compelling reason for an (alternative) machine and that we can make a whole lot of money making it,” Colwell said. “I don’t see how that’s going to happen.”

I even got a cryptic comment from John Hennessy, the president of Stanford and the founder of MIPS in 1984. Hennessy, who attended the Imagination event on the campus where MIPS was born, told me he still studies computer architecture when he writes the updates for Computer Architecture: A Quantitative Approach, the seminal work on computer design that he co-authored with David Patterson of UC Berkeley. Hennessy is wicked smart, and he has a knack for seeing things that other people don’t.

Asked if there’s room for more than Intel and ARM in the market, he said, “We’ll see.” He noted that the startup activity has died down around computer architectures. By contrast, the period from 1984 to 2000 was a great flowering of new computer architectures as everybody saw the benefits that Intel reaped for owning the architecture behind the personal computer. Will such days come around again?