Of course, the colorful sequel has a bit of an advantage when compared to its predecessor. Plants vs. Zombies 2 is free-to-play (with optional paid microtransactions) while the original debuted at $20 on PC and currently sells for $1 on iOS.

Still, 25 million is a huge number for any game after two weeks and proves the power of the Plants vs. Zombies brand. PopCap released the following infographic to illustrate just how many people are playing: 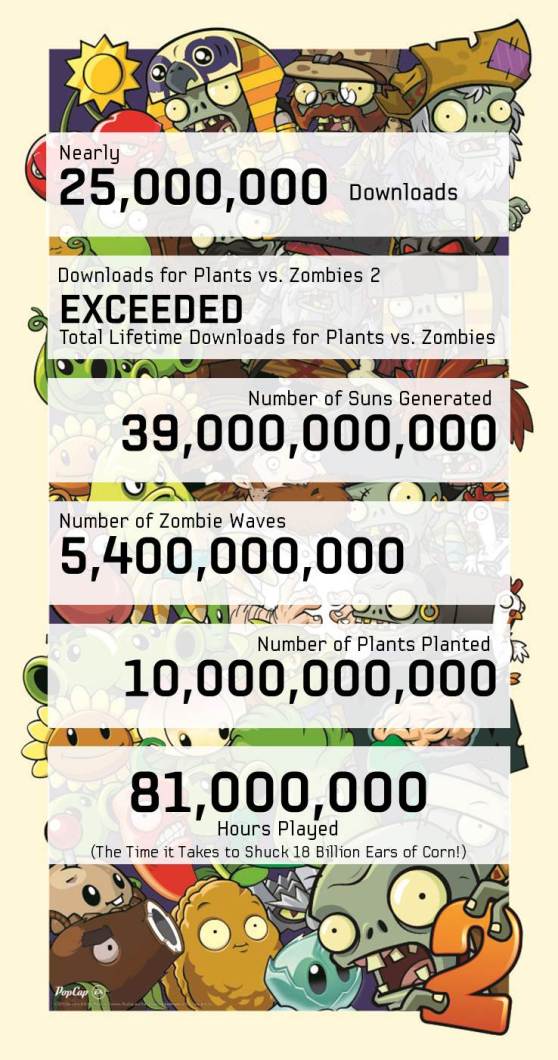